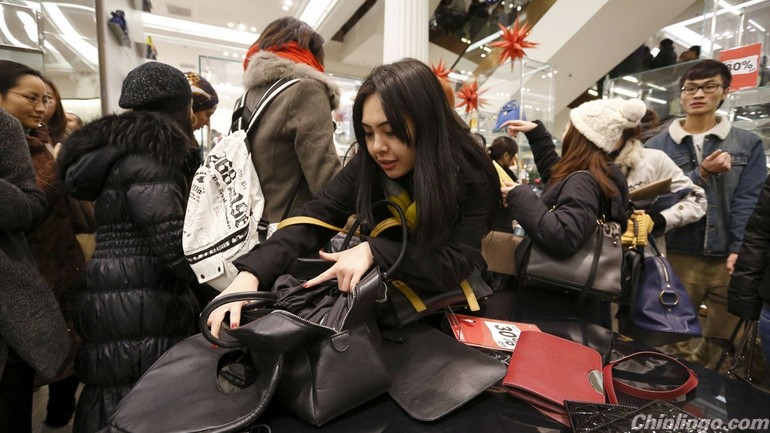 Wine and whisky have broken traditional alcohol preferences in China, as the young generation seeks alternatives to strong traditional spirits, such as baijiu (see Opportunities in China’s Alcoholic Beverage Market). Wealthy consumers often flaunt their status by drinking high-end wine while lower-income consumers drink local beer. Though traditional alcoholic drinks will still dominate the China market in most places, big cities and their young wealthy consumers will contribute to a fast rise in wine and whisky sales.

The young generation will spend more than their parents on snacks for themselves and their children. Traditional Chinese snacks, such as roasted sunflower seeds and dried sweet potatoes, are generally made by small local factories. But recent food and product safety scares have led some Chinese consumers to view food products made by such factories as unsafe or unclean. The market for Western snack foods, such as chocolate products and potato chips, will expand as young consumers fancy these snacks more than traditional Chinese ones (see Chocolate Fortunes).

Though health food and products are still generally expensive, Chinese consumers are paying more attention than ever to their health. Most elderly and low-income Chinese consumers turn to natural solutions and Chinese herbal medicine while younger and wealthier consumers often look to Western products, which are generally pre-prepared.

Older generations raised their babies with self-supplied products—such as cotton diapers and homemade baby food—but younger generations will rely on disposable diapers and canned baby food. New parents and grandparents hope to buy the best products possible for their children, especially given recent food safety concerns. For example, after the Sanlu Group melamine-tainted milk incident in 2008, most parents interviewed said they no longer trusted local brands of infant formula and would buy imported brands if they can afford them. In addition, many new parents will turn to Western baby products because the variety of traditional Chinese baby products is limited. Many young parents are already buying baby products online from US and European producers.

Personal car ownership in China remains low but is rising quickly. Many Chinese consumers cannot afford expensive cars, but they will spend money on products—such as cushions, gadgets, and tinted window films—to improve their cars’ appearance. In addition, short car trips are gaining popularity as many Chinese drive out of the city on weekends for picnics, hikes, and other leisure activities. As a result, consumption of related products, such as disposable silverware and convenience food, will also rise.

Products for the elderly

In the next 5-10 years, China’s population of senior citizens will reach 250 million, close to the entire population of the United States (see the CBR, April-June 2011, Can an Aging China Be a Rising China?). Though these elderly consumers’ incomes will not increase significantly, their children will look after them and buy them health food and elderly care products.

Because of high consumer demand for low prices, many retailers in China stock cheap products and have little space for mid-range or high-end items. Though retailers have tried to fill the gap with private labels, few have done so successfully. Consumers are concerned about the safety of cheap goods and are willing to pay slightly more for safe food products, but many shoppers think the private labels and other mid-range products they have tried are not worth the premium prices, according to a 2009 China Chain Store and Franchise Association survey. Retailers must use effective marketing, accurate pricing, and consistent quality to build trust among consumers and sell more higher-priced items.

Tips for retailers in China

Some consumer habits can change  Wine provides the best example of changing Chinese consumer habits. Spirits once dominated China’s alcohol market, but wine consumption has skyrocketed in the past decade. Many Chinese consumers now prefer wine because it is less potent than spirits, less bitter than beer, and promoted as a healthy drink. In contrast, some companies have had to adjust their products to better suit Chinese tastes. For example, McDonald’s Corp. tried to promote its beef burgers when it first entered China in 1990. After realizing that chicken and pork are more popular in China, the company adapted to consumers’ unchanging habits and launched a menu of chicken burgers.

Small discounts are better than none  Many Chinese consumers, particularly elderly shoppers, wish to save as much as possible. Retailers, especially hypermarkets, often cut prices of basic produce and price-sensitive items, such as eggs, pork, seasonal products, and local specialties. Retailers limit the amount of those products consumers may buy at a time to encourage shoppers to visit the stores more frequently. These types of promotions have proven effective as many Chinese consumers are willing to wait for half an hour to save on a particular item.

Product safety mistakes can be devastating  Food and product safety problems exposed in the media can strongly influence Chinese consumers. For example, media reports in March revealed that clenbuterol, a drug that accelerates growth, was found in pork from the Shuanghui Group, a local leading pork manufacturer. The following month, Shuanghui’s retail sales dropped 45 percent, and many consumers interviewed would not buy its products.

Pricing is a sensitive issue  Pricing a foreign brand in China can be tricky. On one hand, Chinese shoppers believe the higher the price, the better the quality or the higher the status. If a foreign brand is priced lower than a local one, shoppers may suspect that it has defects. On the other hand, the premium Chinese consumers are willing to pay varies by product category and by consumer groups. For example, Planet Retail finds that young shoppers are willing to pay double for foreign-branded infant formula or five to seven times more for foreign bottled mineral water, but older consumers are not. Most modern retailers in China implement a high-low pricing policy. To create a low price image, hypermarkets and supermarkets price frequently purchased products low to match and compete against rivals while charging a premium on impulse purchases and other price-insensitive products.

Understand the government  Foreign players have found China’s complex legislative and political system difficult to navigate, especially if they do not have a local partner. To meet central-government development targets, local governments may provide incentives to attract more foreign investment to their region. Local regulators may deduct taxes, coordinate with real estate developers to reduce or eliminate rent, offer discount utility fees, speed up approval processes, or help companies find local suppliers and secure loans. In exchange for these measures, local governments sometimes ask foreign retailers to open more stores or establish regional headquarters in the area. In general, such negotiations may be more difficult in larger cities, where the local government has a greater choice of foreign direct investment options.

Localization is key  Facing such a unique group of consumers, foreign companies should focus on localizing operations. Localization does not simply involve opening an office and using Chinese packaging, but it also includes marketing, maintaining patience, and investing in research and development. Though the PRC government no longer requires foreign retailers to form joint ventures with local companies, many foreign retailers still favor partnering with local companies, which have more regional knowledge.