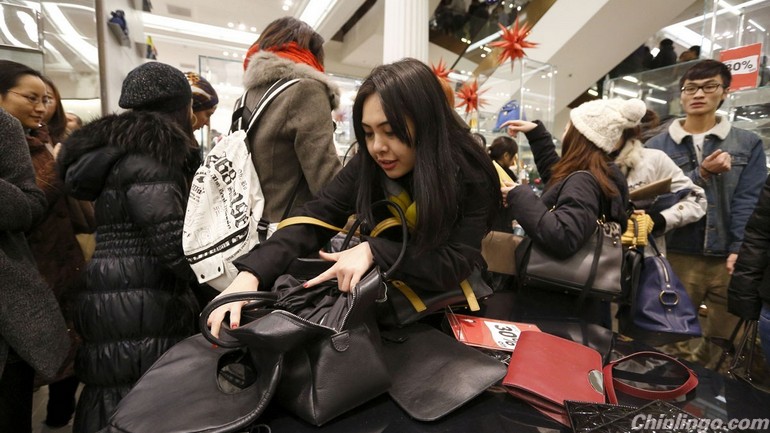 Since China started its “reform and opening” policy in 1978, its economy has expanded rapidly, and most leading international retailers and manufacturers have entered the China market. Some foreign companies are hesitant to enter the market, however, because they do not understand Chinese consumers and their shopping habits. Despite the country’s rapid economic rise, China’s regions have developed at different rates, and consumer trends vary greatly among different groups and regions. Understanding the preferences and mindset of consumer groups is the key to successfully expanding a retail business in China.

In the past three decades, Chinese consumers’ shopping habits have changed dramatically as incomes have risen and new products and concepts have entered the China market. Consumer habits continue to evolve today, and examining generations of consumers can reveal certain shopping trends. Planet Retail has found that the older generation generally maintains “traditional” spending habits, middle-aged Chinese oscillate between tradition and new trends, and the younger generation is becoming more Westernized and quality conscious.

Generally, Chinese consumers develop shopping habits in their youth and keep these habits through adulthood. Though increased wealth can change some preferences, such as beverage and snack food preferences, most Chinese consumers’ habits are identified by their objective living conditions and limited earnings. The current Chinese consumer population can be separated into several groups with distinguishing characteristics.

Born before 1960, most of these Chinese consumers grew up in tough political and economic times, did not receive systematic education, and worked at state-owned enterprises. The difficult environment during their early lives made these individuals frugal and sensitive toward changes in consumer goods prices.

This group experienced difficulties similar to the frugal retired consumers, but wealthy retired individuals primarily worked in government and government-funded enterprises that provided higher wages and better retirement benefits. Though many of these consumers are frugal, they are less price-sensitive and often value quality more than cost.

In the next 5-10 years, spending habits of Chinese consumers who are older than 50 will change slightly. These consumers will increase spending on groceries as the government raises retirement pensions in line with inflation rates. Though they will consume healthcare and entertainment products, their children will likely buy these products for them.

These consumers, who grew up during the Cultural Revolution (1966-76) and early stage of the reform era, swing between tradition and new trends. They work in various companies—state-owned, private, and foreign-invested—and earn modest incomes. These consumers generally save a large proportion of their earnings to take care of their children and parents.

These consumers share the same background as the frugal forties, but they work for the government or large state-owned enterprises and have slightly higher incomes. Though they must also raise children and look after their parents, they are willing to pay premiums for quality products. In the next decade, consumers in their forties will have fewer childcare responsibilities and expenses. These consumers will thus increase spending on entertainment, groceries, travel, and high-quality and healthcare products.

Many consumers in this group are well-educated and grew up in a more open environment than their parents. Compared with older generations, Chinese in their thirties save less, spend more on entertainment, and often shop online. They also pursue value and quality rather than low prices. These individuals will become the most important consumers in the next decade, buying for their parents, children, and themselves.

Consumers in the first generation of the one-child policy have opposite shopping habits from their parents. These consumers barely save and spend most of their income on entertainment, advanced electronics, and other trendy products. They often shop online and look for products that help distinguish their personalities. They can also be impulse buyers. As consumers in their twenties age and start new families, their shopping habits may become slightly more conservative, though they will still favor high-quality and convenient products and spend more on groceries than previous generations.

The new generation of consumers (under the age of 20) is the most Westernized and open to new products. These consumers pursue individualism and often use the Internet to follow global trends. Though most in this group do not yet earn an income, they significantly influence their parents’ decisions on food, clothing, electronics, and other purchases. Social media is an effective marketing tool to reach this group of consumers (see the CBR, January-March 2011, Social Media in China: The Same, but Different).

Migrant workers (generally 25-45 years old) are rural residents who moved to the cities for jobs starting in the 1990s. They can be even more frugal than elderly consumers, buying only the necessities and saving money to send remittances to their families in rural areas. Many migrant workers are expected to see a big increase in incomes and move their families to the cities in the future. They will significantly increase spending on groceries once they receive city household registration, or hukou, status and fully integrate into city life. Migrant workers’ consumption levels are unlikely to match that of their urban peers, however.

There are more than 1 million Chinese with assets over $1.5 million, and the number is increasing rapidly. Rich consumers (generally 20-60 years old) are fairly concentrated in large urban areas, with Beijing, Guangdong, and Shanghai housing about half of this group. These individuals are successful entrepreneurs, top managers, and business owners. They pursue the best products available, particularly imports, and are the perfect candidates for marketing new products. Premium supermarkets have already emerged in China to provide high-quality products to wealthy consumers (see Choosing the Right Retail Format).

As incomes increase and the young generation becomes the main body of consumers, the Chinese will gradually turn from buying only basic necessities to leading comfortable, high-quality lifestyles. Planet Retail expects the following consumer product categories to expand rapidly in the next 5-10 years.

The younger generation of parents is more willing than older generations to pay for toys. New parents tend to buy Western brands for their children, as they perceive those toys to be safer than Chinese ones.

The young generation spends significantly less time cooking than their parents and instead turns to restaurants and convenience foods, such as microwave meals and instant noodles. Many Chinese do not consider Western convenience food appetizing, though it is generally easier to prepare than Chinese convenience food. Many local companies are researching how to make Chinese food more convenient.

Many Chinese consumers own pets—mostly cats and dogs—but few spend money on pet products, such as food and toys. Instead, they make these items at home. The new generation, however, is wealthier and has less time to make “do-it-yourself” products. As this generation ages, the consumption of pet products will rise.