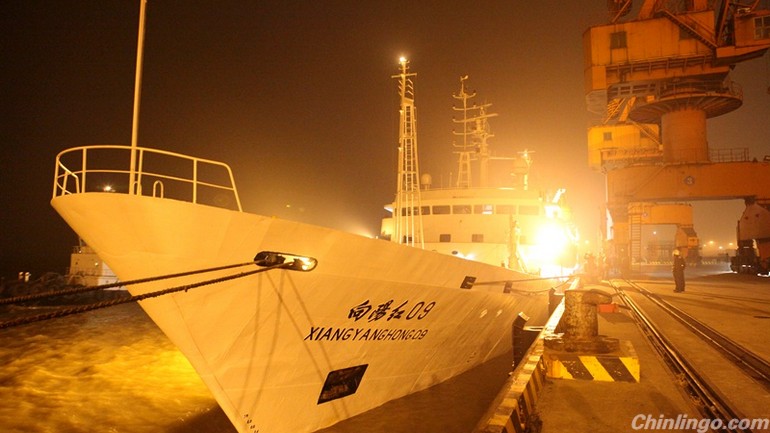 The sub will conduct its maiden expedition as a science vessel in the southwest Indian Ocean.

This will be the furthest and longest voyage for Jiaolong in terms of distance and time.

Named after a mythical dragon, Jiaolong has reached its deepest depth of 7,062 meters in the Pacific's Mariana Trench in June 2012.

There are a record number of 13 scientists working on this mission, despite reduced maintenance personnel due to technology rendering certain job obsolete.

The scientists have undergone strict training to enable them to pilot Jiaolong back safely in case of an emergency.

The country's second cohort of aquanaut cadets, who were recruited late last year, will serve as copilot during the upcoming dives, marking their first participation into such missions, according to Yu.

The voyage is considered a trial in nature for Jiaolong as it is not yet ready for regular operation. Its first trial exploration voyage from June to September last year marked the start of a five-year trial period for the submersible before it starts regular operation.

During last year's mission, Jiaolong explored the South China Sea and the northeast and northwest of the Pacific, accomplishing 21 dives.

Jiaolong conducted a 52-day scientific expedition in the northwest Pacific Ocean earlier this year to survey cobalt-rich crusts and life forms inhabiting the bottom of the sea.