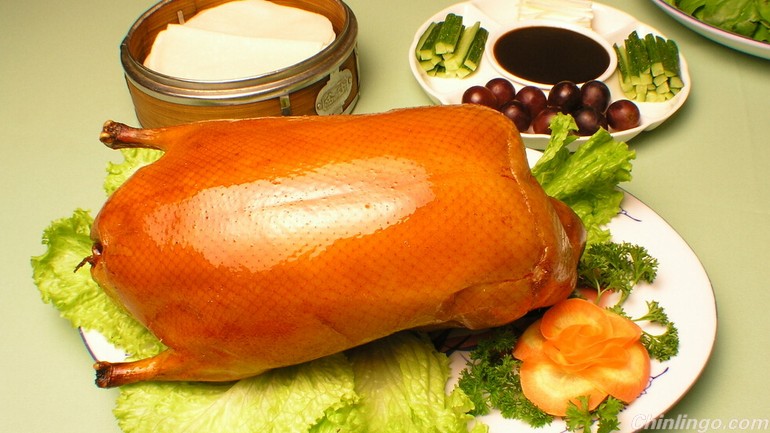 All the phrase books I looked at had these incredibly long and comprehensive lists of things to order in restaurants from Peking Duck (běijīng kǎoyā 北京烤鸭) to sandwiches (sānmíngzhì 三明治) to bamboo shoots (zhúsǔn 竹笋).   For foreigners in China the problems with the phrase-book lists are:

The stuff might not be available in every part of the country.

There is an infinite way to prepare any given vegetable or meat.

A lot of that stuff is only available in ritzy restaurants, and we're often more than happy to eat in little hole-in-the-wall places

That means it's possible to have the phrase book and actually not be able to order anything.  This article is supposed to solve that problem.

Furthermore, most foreigners I know in China have found those few things they like to eat and just keep ordering them over and over.  Nothing wrong with that.  Who wants to memorize a huge list of dishes when we can learn just a few and be happy every time?

So, by observing what I and other foreigners like to order, I've put together a little list of sure-fire winners that should be not only available most places in China but also nutritious (yǒu yíngyǎng 有营养) and tasty (hǎochī 好吃).

cài 菜 = everything else (vegetables, meats, dishes that don't involve rice or noodles and are not liquid-based)

We'll take the categories one by one.  Why go category by category?  If you ever go out to eat with a Chinese person, they will ask, "What do you want to eat? Rice? Noodles…?" much like in the West we say, "Mexican? Thai? Chinese…?"so you have to know the different classes of food.

This is not meant to be a comprehensive list, but rather just the "all stars" for foreigners' palettes.

mǐfàn 米饭 = good ol' white rice (I always get weird looks when this is the first thing I order).

*NOTE: usually, this kind of noodles is sold in Muslim-owned eateries, so pork is out of the question.

Most foreigners don't order soup when out on their own.

qīngcài 青菜 = a green vegetable probably from the cabbage family

(although they can be, these are usually not ordered in restaurants with the above dishes)

bǐng 饼 =round, flat cake / cookie / generic pastry (there are so many kinds all over China, I just use this generic term)

làjiāo 辣椒 = hot peppers (most Westerners seem to go without)*

*NOTE: The way to make sure your food doesn't have spicy peppers added is to order the dish and then immediately say:

All kinds of fish (too much work picking out the bones–if I'm burning more calories eating it than I'm taking in, it's just not worth it)

Other dishes with a lot of bones (such as what Kelly Fitzpatrick calls "chainsaw chicken"–you know, where it looks like they just took a chicken and cut up the whole thing with a chainsaw and threw it in the pot)

Soups (I don't know why, I guess we foreigners are looking for something more filling)

You feel I've left off an essential dish that most foreigners like to order (like those super popular potato dishes or sweet and sour pork.  I know they're out there, I just didn't know what they're called)

Special thanks to John Pasden at Sinosplice for the his parallel post and for all the comments from hungry laowai from which I added a few additional items to this article.

0 responses on "What foreigners like to eat in China"