However, netizens in China can’t figure out what it originally means…….and it appears they have never heard of this “Proverb”(谚语yàn yǔ ). 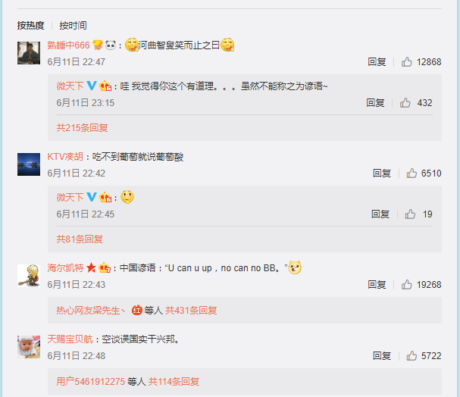 So is it a Chinese proverb?

Of course, it’s not. It’s pretty odd for Chinese to see so many non-Chinese wisdom tagged as Chinese. As a matter of fact, this proverb is purely “Made In USA”. 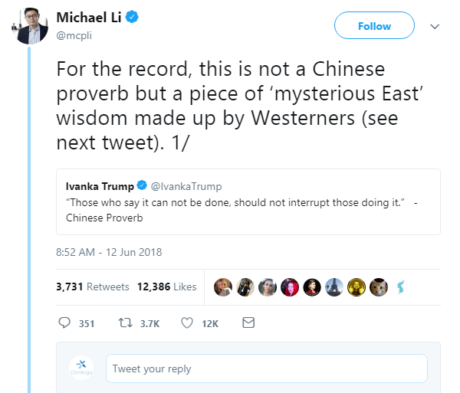 A website called “quote investigator”(QI) once did a research on this proverb.

QI hypothesizes that the modern expression evolved from a comment about the rapidity of change and innovation at the turn of the century that was printed in multiple newspapers and journals in 1903.

A humor magazine named Puck quoted it once:

Things move along so rapidly nowadays that people saying: “It can’t be done,” are always being interrupted by somebody doing it.

In 1962 a periodical about adult education titled “Adult Leadership” printed an expression using the template “Confucius say: Man who. . .”.

It’s good to pay attention to a different culture on the one hand, on the other hand, It would be nice if more people had actual knowledge and appreciation of it instead of relying on made up things like this.