Jaafari, doing all he can.

No diplomatic preference could be applied to those weak nations.

Yesterday, many Chinese relayed a photo of a foreign diplomat on their Weibo homepage.

Not just because it reminds us of the humiliation of modern Chinese history which always been the pain in Chinese heart, but because China is a peace-loving country since ancient times.

The lonely hero of the photo is Syrian Ambassador to the United Nations Jaafari.

This photo was first published on April 11th. Text shows pictures taken on April 10th, after the UN meeting.

A lot of Chinese netzens were moved by this picture, and more were irritated by the unethical actions of the U.S.A, the U.K and France. 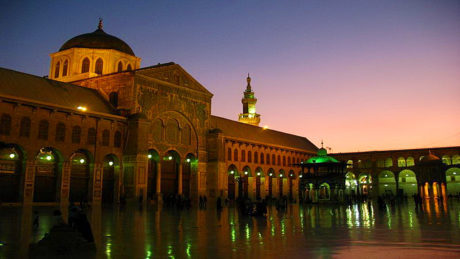 The Syrian capital, Damascus, is the oldest capital inhabited in the world. However, once heaven was now purgatory, years of war has destroyed this beautiful ancient city, thousands of innocent citizens died and millions of people ran away from their homeland.

The glory of Damascus was destroyed and the archaeological ruins with thousands of years of history turned into ruins, this land lost its former silence forever. 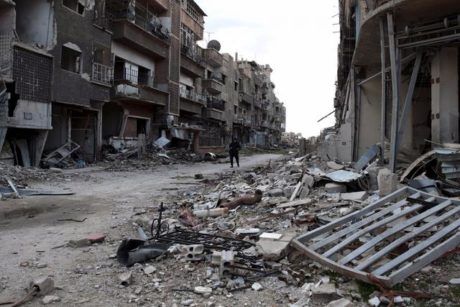 But in fact, before the war burned into Syrian territory, a war without gun smoke had already begun within the United Nations.

Jaafari alone, in the face of the menacing American and British country representatives, argued that he wanted to strive for a moment of peace for his country. This man has fought bravely in his war, but still can’t stopped the western world firing those missiles, all he can do was sitting by a window in peaceful New York city which is pretty ironic because he was thinking about the homeland that was almost bombed into ground.

0 responses on "A lonely hero.| 一个孤独的英雄"