As the biggest developing country in the world and the popular travel destination for numerous foreigners, China has a long history of more than 5000 years, which brings up the resplendently rich modern civilization. So, China is a great county with its own culture and civilization.
What should you have to experience for your China tour, and what are the ones that can symbolize China?
Here, we list the top 10 Chinese symbols for your convenience, including, China Great Wall, China Giant Panda, Lantern, Beijing Opera, Jiaozi, Red Flag, Qipao, Knotting, Kungfu, Sedan Chair. 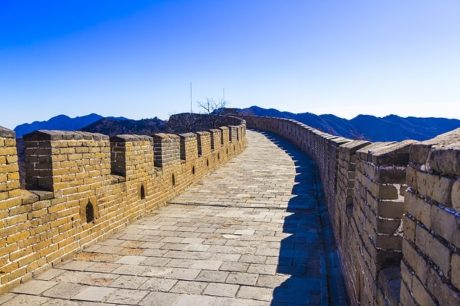 1 长城(cháng chéng)—The Great Wall
There is an old saying: “You are not a real man until you climb up the Great Wall”, which reflects the Chinese People’s spirit of courage and persistence. The Great Wall of China, one of the greatest wonders of the world, was listed as a World Heritage by UNESCO in 1987. Just like a gigantic dragon, the Great Wall winds up and down across deserts, grasslands, mountains, and plateaus. It is a remarkable piece of engineering and is the most famous symbol of China 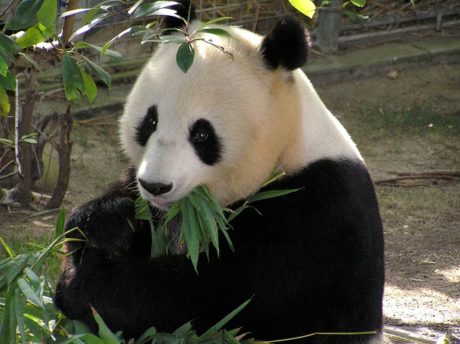 2 大熊猫(dà xióng māo)—The giant panda
The giant panda, regarded as one of China’s National Treasures, is on the verge of extinction. Today there are fewer than 1,000 giant pandas living in the world. The giant panda is the symbol of eco-environmental conservation. Visitors to China can see this reclusive animal in Sichuan Province’s Chengdu Research Base of Giant Panda Breeding. We hope, with their cute faces, unusual beauty and grace, giant pandas can bring visitors to China pleasure and enjoyment. 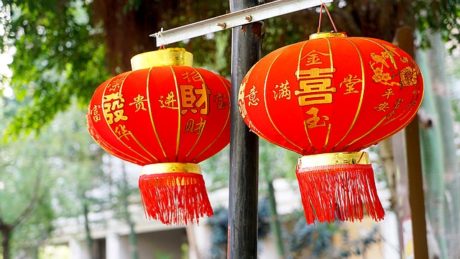 3 红灯笼(hóng dēng lóng)—Lanterns
Lanterns play an important and irreplaceable role in Chinese long history and symbolize the brilliant culture of China. The art of lanterns, as the precious traditional culture of Chinese, is also inherited and continues among folks. The craftwork of lantern is still widely used in a current society which can be seen in some happy days such as the Lantern Festival, wedding and celebration ceremonies. Besides, lanterns have some other functions in daily life. For example, in ancient China when there was no electricity, lanterns were used as a tool of illumination, which brought great convenience to everyday life. 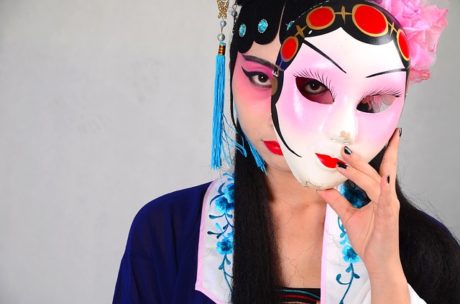 4 京剧(jīng jù)—-Beijing Opera
Beijing Opera is the quintessence of China. As the largest Chinese opera form, it is extolled as ‘Oriental Opera’. Having a history of 160 years, it has created many ‘firsts’ in Chinese dramas: the abundance of repertoires, the number of artists, opera troupes, and spectators. The costumes in Beijing Opera are graceful, magnificent, elegant and brilliant, and are made in handicraft embroidery. As the traditional Chinese pattern is adopted, the costumes are of a high aesthetic value. The types of facial make-ups in Beijing Opera are rich and various, depicting different characters and remarkable images, therefore they are highly appreciated. Moreover, there are numerous fixed editions of facial make-up. 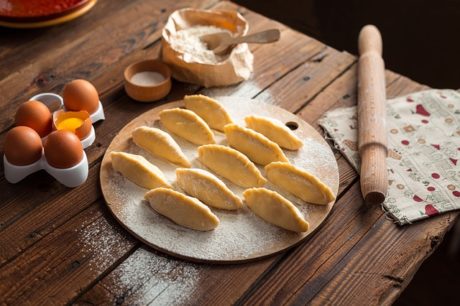 5 饺子(jiǎo zi)—dumplings
Jiaozi (Chinese Dumpling) is a traditional Chinese food and is greatly loved by most foreigners.
Dumplings are one of the major foods eaten during the Chinese New Year, and year
round in the northern provinces. Traditionally, families get together to make jiaozi for the Chinese New Year. In rural areas, the choicest livestock is slaughtered, the meat ground and wrapped into dumplings, and frozen outside with the help of the freezing weather. Then they are boiled and served for the Chinese New Year feast. Dumplings with sweet, rather than savory fillings are also popular as a Chinese New Year treat. 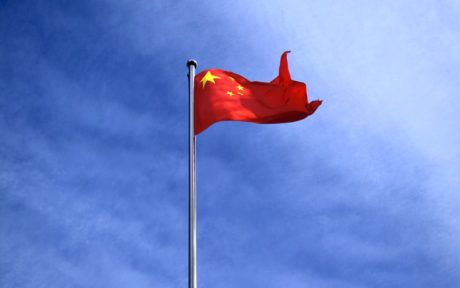 6 五星红旗(wǔ xīng hóng qí)—-Five stars red flag
The flag of the People’s Republic of China is a red field charged in the canton with five golden stars. The design features one large star, with four smaller stars in a semicircle set off towards the fly. The red represents revolution; the five stars and their relationship represents the unity of the Chinese people under the leadership of Communist Party of China (CPC). Sometimes, the flag is referred to as the “Five Star Red Flag” 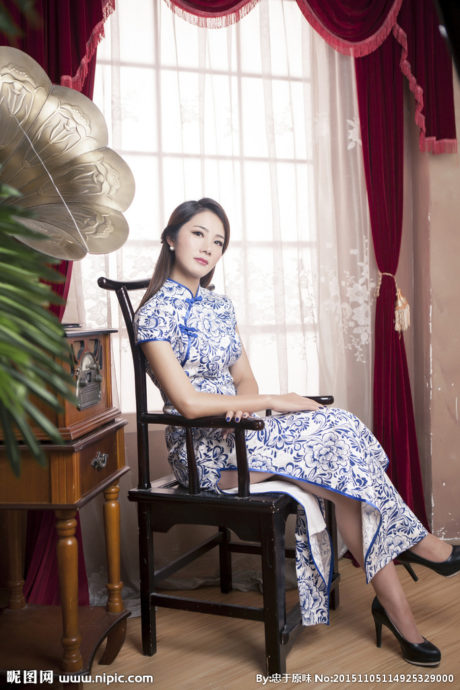 7 旗袍(qí páo)—Cheongsam
The cheongsam is a female dress with distinctive Chinese features and enjoys a growing popularity in the international world of high fashion. The name “cheongsam,” meaning simply “long dress,” entered the English vocabulary from the dialect of China’s Guangdong Province (Cantonese). In other parts of the country including Beijing, however, it is known as “qipao”, which has a history behind it. 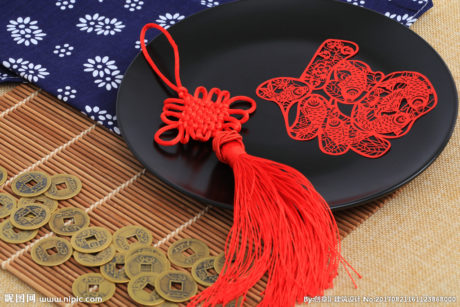 8 中国结(zhōng guó jié)—Chinese Knotting
Chinese knotting is a decorative handicraft art that began as a form of Chinese folk art in the Tang and Song Dynasty (960-1279 AD) in China. It was later popularized in the Ming and Qing Dynasty (1368-1911 AD). The art is also referred to as Chinese traditional decorative knots. In other cultures, it is known as “Decorative knots”. In February 2008, Corra Liew from Malaysia seek possibilities out from the traditional Wire Jewelry Making technique, Chinese knotting is then merged and presented in wire form. Corra addressed the technique as Wired Chinese Knot. 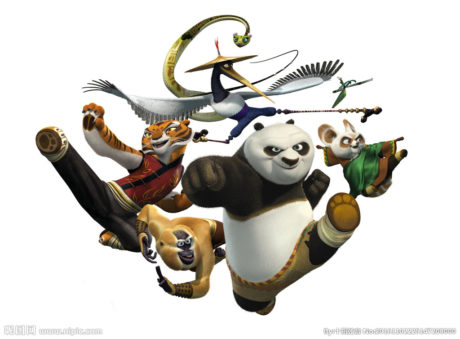 9 中国功夫(zhōng guó gōng fū)—Kung fu
Kung fu and wushu are popular terms that have become synonymous with Chinese martial arts. However, the Chinese terms kung fu and wushu have very different meanings. The Chinese literal equivalent of “Chinese martial art” would be Zhongguo wushu. In Chinese, kung fu can be used in contexts completely unrelated to martial arts and refers colloquially to any individual accomplishment or skill cultivated through long and hard work. In contrast, wushu is a more precise term for general martial activities. 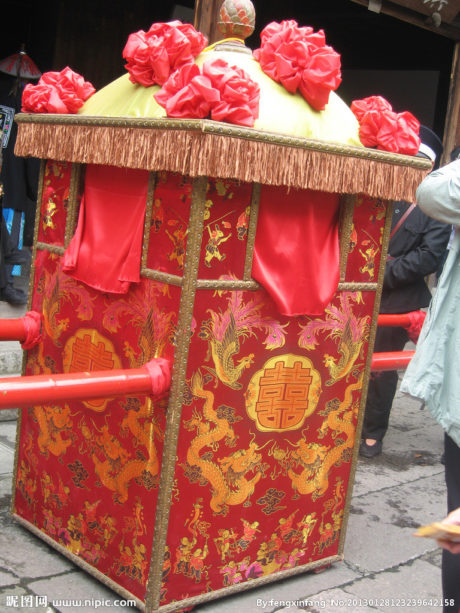 10 轿子(jiào zǐ)—Chinese Sedan Chair
A sedan chair is a human or animal-powered transport vehicle for carrying a person, once popular across China. It has different names like “shoulder carriage”, “sleeping sedan” and “warm sedan” etc due to the time, location, and structural differences. The sedans familiar to modern people are warm sedans that have been in use since the Ming and Qing Dynasties. The sedan body is fixed in the wooden rectangular frames on the two thin log poles. The top and four sides of the seat are enclosed with curtains, with a chair blind that could be rolled open in the front and a small window on each side. A chair is placed inside the enclosed space.