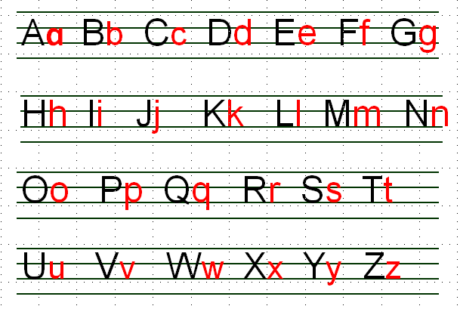 2) 正确标音—– phonetic notation in a correct way
Let me tell you some formulas of phonetic notation.
1 Find the “a” and mark on it first, if there is not any “a”, then mark the “o” or “e” (包bāo 剖pōu)
2 If there are “i” and “u” in the same syllable, mark the later one. (秀xiù 会 huì)
3 Marking an “i”, you should not write its point again, just tones. 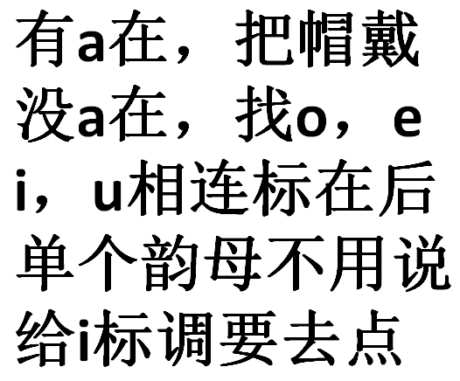 书写差异——writing difference
Although Chinese pinyin and English alphabet are similar, there are some differences between their writings.
Almost all the first stroke of handwriting in English will be deleted in pinyin. Such as “w, v, y, r, p”.
And almost all the tails should be a straight line to end the word. Such as ” f, p, q” 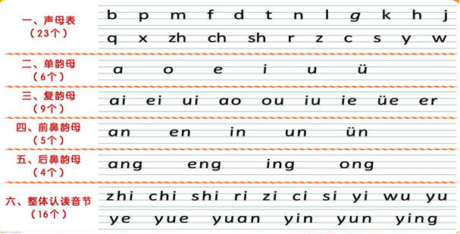