Rhyming and word confusion is a strange thing in Chinese. When you study it from a foreign perspective, things that seem SO similar, say fǎn cháng (反常, unusual)  and fān chàng (翻唱, cover song)  are, to native speakers, completely different.

Since we tend to learn pinyin before characters, words with the same pinyin but different tones may look homophonous to us but not to natives.

That said, there are still plenty of homophones (known in Chinese as tóng yīn cí (同音词) , literally “same sound words”, and near-homophones that are linguistically interesting and can even be used for comic effect.

Today we’ll take a look at my 6 favorite Chinese homophones. 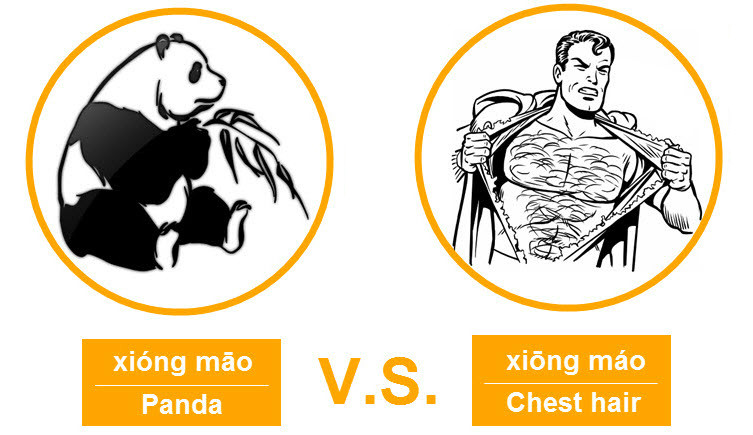 The first is one of China’s most treasured, well-known symbols. The second is present on like 1 in 200 Chinese guys.

These types of near-homonyms always get me, since I can never seem to remember if it goes 1st tone / 2nd tone or 2nd tone / first tone.

You can imagine enthusiastically turning up to a tourism office and asking them how to get to the place you can see someone’s chest hair. 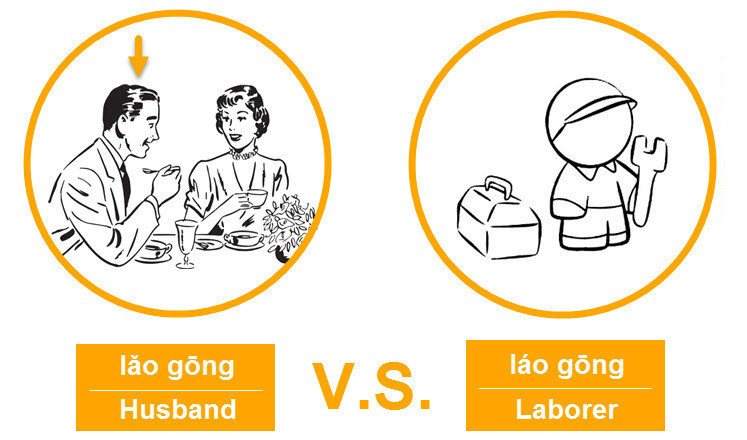 This one always gets me in particular because I find the 2nd and 3rd tones tough to distinguish, especially when spoken quickly or with an accent.

It plays on the universal marriage dynamic of a husband doing household tasks for his wife, and I’ve heard the similarity mentioned in casual banter among married couples a number of times.

I suppose it’s kind of the Chinese equivalent of the old “honeydew/honey do” jokes American married couples make. 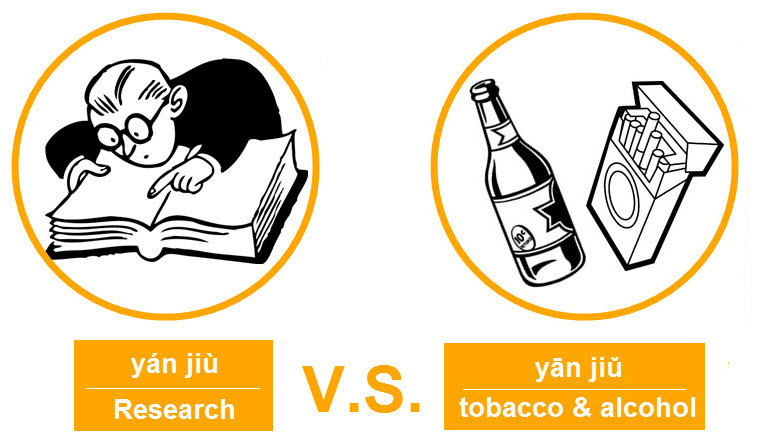 These two don’t sound exactly alike, but they’re pretty close (particularly in areas/among groups that tend to de-emphasize the second sound in a two-character term) and the meanings are such polar opposites that it’s pretty funny.

But when I studied Chinese at a university program in Shanghai and heard people talking about yán jiū (研究), I was incredibly confused because I thought they were discussing how the university was dedicated to getting drunk and smoking cigs. 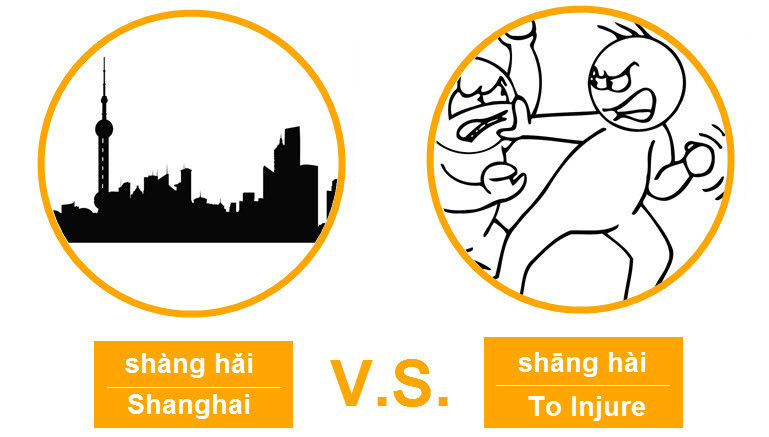 This is a bit of a funny commentary on the cutthroat nature of life in China’s largest city and financial hub.

Traveling through rural China I’ve heard this homophonic coincidence pointed out a few times, in no small part due to the massive differences in pressure and pace between Shanghai and the countryside.

In my experience it’s used more as a joke than a serious homophone, since the difference in tones hǎi (海)’s 3rd tone and 害 (hài)’s 4th tone are pretty easy to tell apart is pretty clear.

Regardless, you get really accustomed to seeing “Shanghai” written out in English, and hear the word so often, that other words with the same syllables, even with different tones, tend to throw people off. 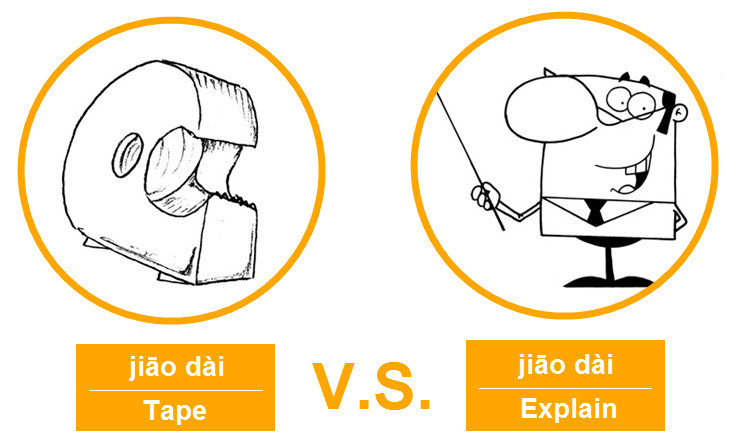 I love when a particularly abstract, flexible and hard-to-define word sounds just like a mundane, practical thing.

This is one of the best cases I can think of, and it actually came up for me a couple weeks ago when I was shipping some boxes at my local post office.

The clerk had just helped me finish weighing the boxes and I asked her, “jiāo dài (胶带呢)?"  as I needed some tape to seal the boxes.

She looked at me quizzically and responded, jiāo dài shén me dōng xī (交代什么东西…?)”,  as in “what would you like me to clarify…?”

Laughs were had and, if you were wondering, tape was eventually used to secure my boxes. 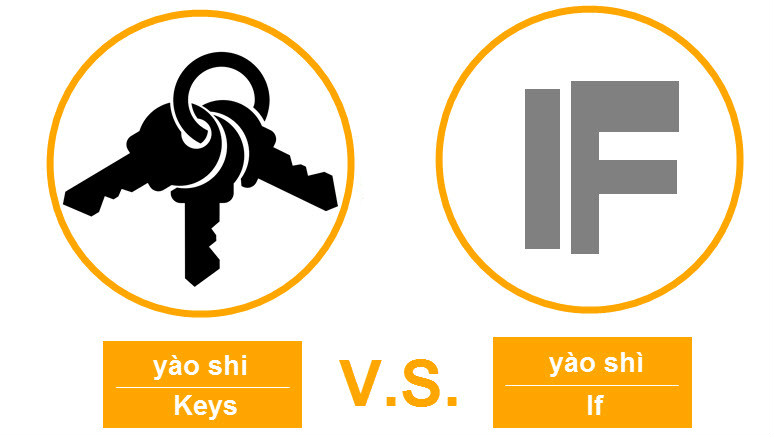 Admittedly yào shì (要是) is a bit formal and shows up more in writing than in speech, but it’s still a perfect homonym, and I love when something everyday gets mixed up with a grammatical particle.

Imagine if “through” sounded just like the word for those plastic things on the end of shoelaces. That’s basically what’s going on here.

When I was first learning Chinese and was more focused on the practical stuff (like keys), I remember being confused when someone said, “yào shì nǐ méi shí jiān… (要是你没时间…)”,  or “if you don’t have time…”, and thinking, what the hell do keys have to do with my schedule?

One of the great things about Chinese is that with a relatively small number of syllables, there are so many cool and interesting homophones.