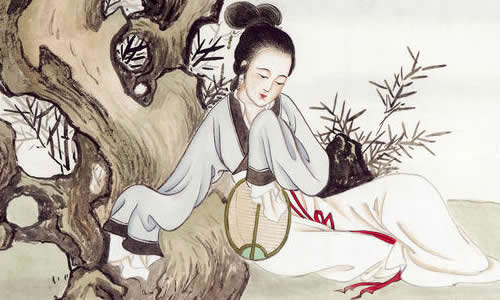 Here’s a list of sentences to help you express more eloquently your past, present and future experiences with the lovers in your life. If I’ve left out any of your favourites, please leave a comment.

To hit it off right from the start; to feel like old friends upon first meeting. Similar to 一见钟情 yījiànzhōngqíng, “love at first sight”.

We hit it off the moment we met and got married three months later.

Use this when someone you know likes someone but that person doesn’t like them back. For example, a man is trying to do whatever he can to please a woman but the woman just does not like him. However this also has a slightly negative connotation and implies that the person is only taking into account his or her own feelings and not those of the other party. (A common occurrence when courting someone a little out of one’s league!)

My cousin wants to go after one of my classmates but unfortunately his love is only one-way.

This phrase implies that you put your boyfriend or girlfriend ahead of your friends. In English, the US slang “[to put] bros before hos” comes to mind. (Edit: Which has the opposite meaning. Thanks for the correction.)

Why did you stand me up? Aren’t we good friends? Could it be that you’re the kind of person who won’t put bros before hoes?

To love deeply; to be deeply attached to; to be head over heels.

Although they had broken up, Wangchen and Caobo were still deeply in love.

“Even if the seas should run dry and the rocks crumble.” By extension, “no matter what happens and for how long.” This very poetic and romantic idiom is used to express your undying love for someone.

He gazed into her eyes and swore to love her until his last dying breath.

To be attracted and attached to one another.

They seemed so attached to one another, then along came someone else.

“To fly as a couple, wing to wing.” This can be used either literally – the idea of flying in the clouds with your lover, such as in a dream – or figuratively to mean to enjoy a kind of activity together, such as going on holiday.

After making enough money, they went out to have some fun.

“To have one’s feet in two boats.” This idiom can refer to a man who already has a girlfriend but is seeing someone else at the same time. When used generically it can also just refer to any kind of situation in which someone is undecided.

It’s dangerous to have one’s feet in two boats.

“The lotus root is severed, but linked by threads.” This chengyu metaphorises the idea of a relationship breaking up, but still being connected in some kind of way.

Although they divorced a long time ago, they still contact each other online from time to time and so have not cut off relations completely.

To make a clean break; to break up; to a sever a relationship completely.

I couldn’t take her behaviour any more, so I cut her out of my life.