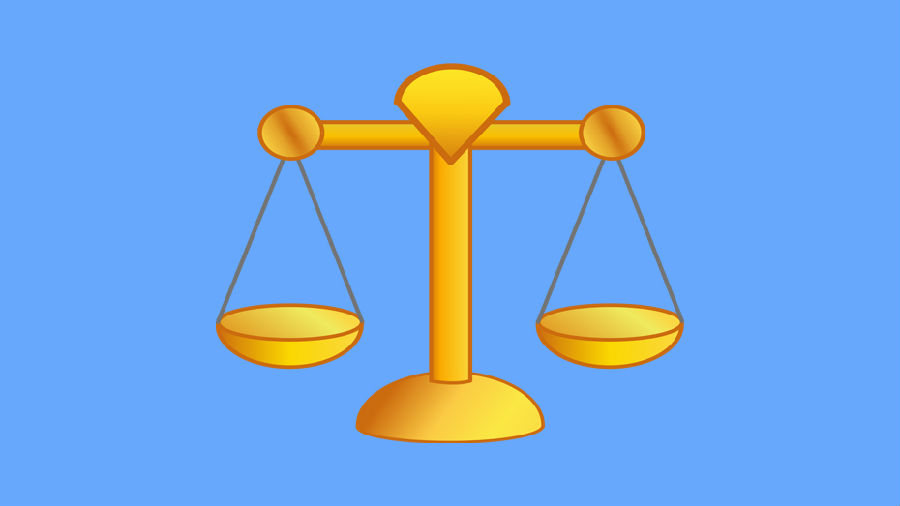 It is my spirit that addresses your spirit; just as if both had passed through the grave and we stood at God's feet, equal—as we are!" This declaration from Jane Eyre can still stir the heart. The key to building a civilized world is equality, a society without bias or discrimination. For that, we have 平 (píng).

平 has existed in Chinese for more than 2,000 years, originally used to describe a calm, flat, gentle tone. Over the years, 平 has taken on an array of meanings, but they all seem to point back to that original sense of serenity. The character is often associated with "stable" and "peaceful". To depict a mood or environment of peace, quiet, and tranquility, one might use 平静 (píngjìng); to describe words and deeds, we say 平和 (pínghé, gentle, mild, and moderate). Peace in general can be described with 和平 (hépíng). By adding a negative, you get things like 不平 (bùpíng), meaning "resentful and indignant".

Before you begin a long journey, you might hear the phrase 报平安 (bào píng'ān), loosely meaning, "tell others you're safe". Eighth century poet Cen Shen (岑参) was on a long journey and one day came across a friend from his hometown who was on his way back home. Without a pen and paper, he recited a poem instead, saying: "马上相逢无纸笔, 凭君传语报平安. (Mǎ shàng xiāngféng wú zhǐ bǐ, píng jūn chuán yǔ bào píng'ān. Meeting on horseback, no paper or brushes, I rely on you to pass on word that I'm safe.)" If your friends tell you to 报个平安 (bào ge píng'ān) when you are on a journey, they want you to get in touch so they know you're safe.

If you use 平 as a verb, it means to "pacify" or "quell". For the former, it is usually used to deal with emotions, as in 平民愤 (píng mínfèn, assuage popular indignation). For the latter, it could be 平叛 (píngpàn). In Confucian philosophy, one of the four steps to fulfillment is 平天下 (píng tiānxià), which means to bring peace to all under heaven.

It's pretty easy to see how the word stretches from flat to equality. The saying 一碗水端平 (yì wǎn shuǐ duān píng) means "to hold a bowl of water level", but in use it means "to make something just". In this sense, 平 means "equal, just, fair, and impartial". In the Tang Dynasty (618 – 907), scholar Han Yu (韩愈) revealed a profound truth in his prose, coining the term 物不平则鸣 (wù bùpíng zé míng, complaint comes from injustice). In modern Chinese, the character is found in 平等 (píngděng, equal) and 公平 (gōngpíng, fair). For example, you have 法律面前, 人人平等 (fǎlǜ miànqián, rén rén píngděng, everyone is equal under the law). This can be found even in the world of sports, in which 平 can mean a draw, as in 平局 (píngjú).

The thing about peace, though, is that it's a bit boring, so the character can mean "common, ordinary". For example, 他在这个平凡的岗位上取得了非凡的成就.(Tā zài zhè ge píngfán de gǎngwèi shàng qǔdéle fēifán de chéngjiù. He has made extraordinary achievements in such an ordinary post.) Another word is 平淡 (píngdàn), which means "dull, prosaic, and pedestrian".

From the moods of ancient days to the equality of today, the character 平 stays true to the meaning behind those two horizontal lines in its body—a symbol of tranquility and serenity. Perhaps the best way to sum up 平 is with a Chinese phrase you should say to yourself every day: 平平淡淡才是真 (píngpíng dàndàn cáishì zhēn, simplicity makes life).