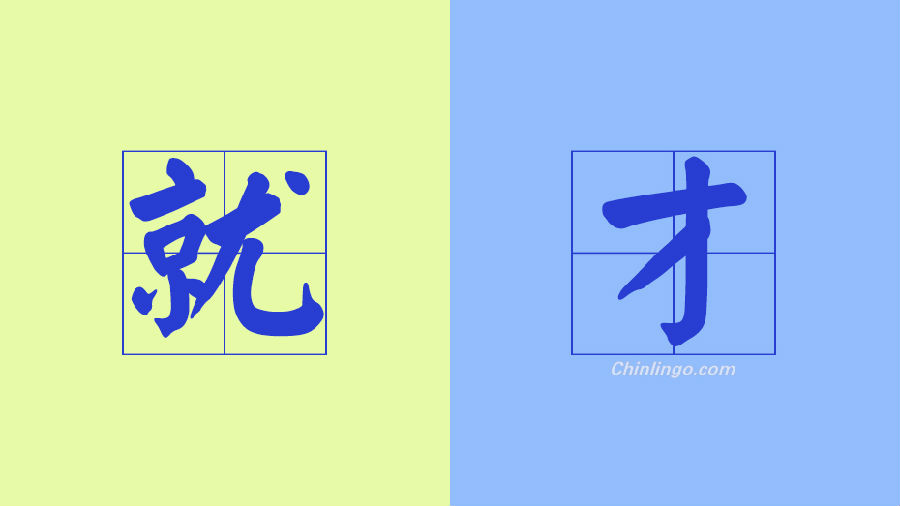 The characters 就 (jiù) and 才 (cái) have a lot of uses in Mandarin Chinese.

A common one is to express that events have occurred earlier or later than the speaker expected.

Like other Mandarin adverbs, 就 and 才 both appear in front of the verb.

By placing 就 in front of the verb, you can indicate that the event took place sooner than would be expected. This could be translated into 'as early as' or 'as quickly as', but in English it's often not explicitly stated. When 就 is used in this way, the sentence will usually end with the particle 了 to mark the completed action.

We start class at 9am, but he came as early as 8 o'clock.

She graduated from university at eighteen years old.

She was only 18 when she graduated from university.

One of our players scored a goal just five minutes after the match started.

才: not until, as late as

才 functions in much the same way as 就, but expresses the opposite meaning. It would usually be rendered as 'not until' or 'as late as' in English. Sentences using 才 in this way usually do not end with 了.

We start class at nine o'clock, but he didn't come until quarter past.

Last night my daughter didn't come home until half past one.

He didn't get a driving licence until he was twenty-eight.

0 responses on "How to use 就 and 才 in Chinese"