How to talk about “for” in Chinese 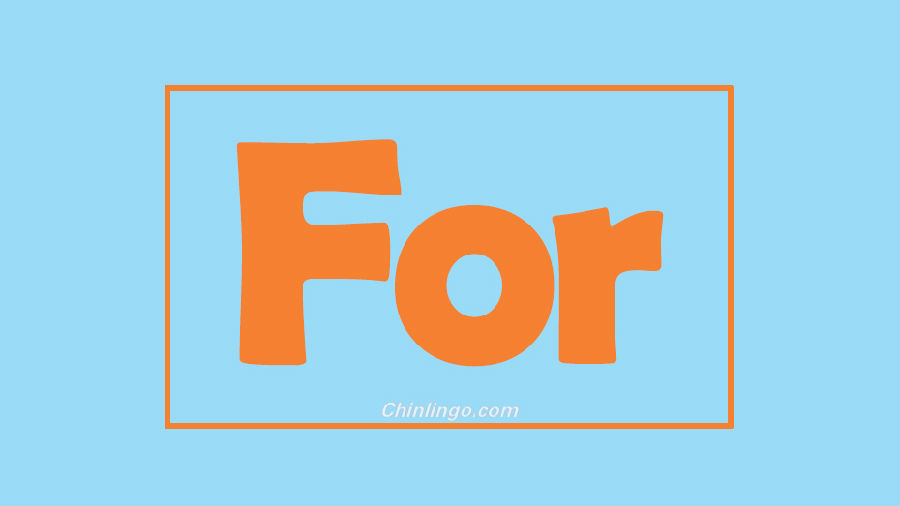 To express that an action was carried out over a certain length of time, English uses often "for". This is a very versatile word in English, so there a few different points to consider when expressing the same thing in Mandarin.

In most cases the length of time is added right after the verb. Simple as that. Some examples:

Eggs should be boiled for at least five minutes.

We could go travelling for a few days.

Notice how in each of these examples it's almost like the verb includes the sense of "for" as it is. You don't need to add anything else in to mark the length of time. Just placing it after the verb expresses that the verb takes place for that length of time.

Could you help me for ten minutes?

He can borrow my moped for a few days.

The police will pursue her for a long time.

If you group the object and verb into one chunk, the structure is just the same as the first set of example sentences.

Note that for separable verbs, the time can also be inserted in the middle of the verb. A couple of examples:

She goes online for several hours every day.

You should sleep for eight hours a day.

Length of time at the beginning

It sounds complicated but it just means that an action itself causes something to happen. An action is performing an action.

Waiting for too long makes most people annoyed.

Not seeing them for a whole month makes me sad.

Giving up drinking for a year is healthy.

Notice how this is often handled with -ing verbs in English. If a sentence starts with an -ing verb in English, chances are the duration needs to go near the beginning when translating into Chinese.

You might have noticed that the example sentences above all talked about hypothetical or habitual actions. I did that on purpose to save all the 了goodness for this section!

The example sentences above don't need 了 as they don't specify whether or not the action is completed in the time frame we're talking about. If time frames are involved, you can be sure that the aspect particle 了 is going to rear its ugly head.

Simply put, 了 is used to mark actions that are complete in the time frame we're talking about. The above sentences don't need 了 as they talk about uncompleted actions. Now it's time to start looking at some time duration sentences that do need 了.

When you get there, wait for a while.

I'll go out after I've rested for a while.

In each of the examples above, the action of the verb is complete in the time frame being described. Notice how 了 can be used in sentences about the past, present and future. It's about completeness, not when something happens.

As well as the 了 that marks completeness, there is another kind of 了. This is often called sentence 了. Sentence 了 is used to indicate a new state or new situation.

When aspect 了 and sentence 了 are used together, it expresses the sense of "this is how things are up to now". In English this is often expressed with "have" plus the past tense form of the verb.

Combining both kinds of 了 with a duration expresses that an action has been performed for that length of time so far. It implies that the action is going to continue in duration.

We've been waiting for hours.

I've known him for ten years.

They've been watching that film for ages.

Negative sentences with duration and 了

After all that, it might seem strange to talk about negative 了 sentences. If 了marks completed actions, surely a negative (and so uncompleted) action wouldn't need 了?

That is true for aspect particle 了, but not for sentence 了. Sentence 了 can mark that something has not been the case for an amount of time. This is a bit like saying "it's now the case that [not x] for [amount of time]".

I haven't eaten for days.

They haven't slept for forty-eight hours.

We haven't seen him for over ten years.

0 responses on "How to talk about "for" in Chinese"