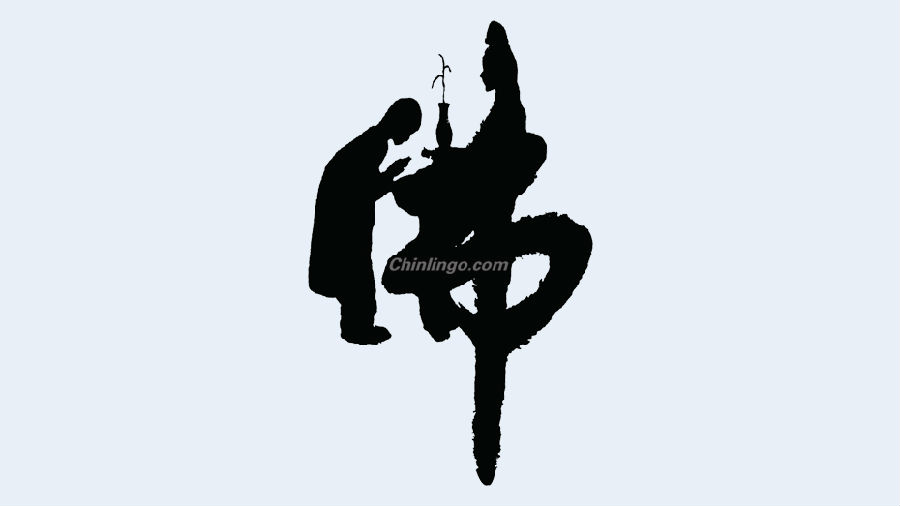 Every now and then you come across a new character and realise that you've never seen another one with the same pronunciation. Or, you hear a syllable in speech and think you must have misheard it because as far as you're aware, that syllable doesn't exist in Mandarin.

Whilst some of these syllables are heard fairly regularly , they refer to very small groups of characters. I've counted simplified versions as separate characters in the count, as sometimes various traditionals have been merged into one simplified character. Dialectical uses are not counted (e.g. tei).

A lot of these syllables not only refer to very few characters, but refer only to rare characters, making them doubly unusual ('seng' is a good example of this).

The character for Buddhism – 佛 (fó) – is fairly common, but the syllable itself is quite unusual, having only five characters.

Another syllable with just five characters attached to it. 谬 (miù) means 'to deceive' or 'to confuse'.

It might be famous in English because of 'Zen Buddhism', but in Mandarin the syllable zen is quite rare. Other than 怎 (zěn), there aren't any common characters pronounced this way.

This one has a lot of claim to the #1 spot, as there's really only one character pronounced this way: 谁 (shéi). It does have both simplified and traditional versions though, so there are arguably two characters pronounced shei. They're extremely common though (meaning 'who'), so it misses out on a better ranking.

Like shei above, this one really has just one character: 俩 (liǎ). It also has simplified and traditional forms and is quite common, meaning 'those two' or 'two of' (it's like '两个' combined into one character).

There are just two characters pronounced seng, and both of them are first tone (sēng). One of them is 僧 which means either 'monk' or 'Sangha', a Buddhist monastic order. The other is 鬙, which means 'unkempt' or 'short hair'.

There is only one character pronounced gei in Mandarin Chinese, but it's the incredibly common 给 (gěi) – 'to give'.

Incredibly, the character 咯 (lo) gets a syllable entirely to itself. It's an archaic particle used to indicate that something is obvious, or to draw attention to it, a bit like the modern 嘛 (ma).

Another character with a syllable all to itself, and this time the sound is even weirder. 覅 (fiào) means 'unwanted' or 'unnecessary'.

The character 鞥 (eng) is the only one pronounced eng (it's first tone), and it refers to the reins for a horse.

Syllables that you rarely come across

This is an 'honourable mentions' section. These syllables do have quite a few characters to their name, but those characters are so rare that you rarely hear these sounds in Mandarin.

Ever seen the character 岑 (cén)? It means 'steep'. There's also 㞥 (cén), which a lot of dictionaries don't even list. It means 'deep in the mountain'.

揣 (chuāi) means 'to put into'. It doesn't appear in the three thousand most common characters, so you some would say you could be considered literate without knowing this character.

There aren't any characters pronounced nüe in the top three thousand either. If you want to appear clever, you could learn 虐 (nüè), which is a rare character meaning 'tyrannical'.

The character 晒 (shài) does sometimes appear in top three thousand lists, usually towards the end (it depends on what corpus was used to compile the frequency list). After that, there aren't really any common characters pronounced shai.

You might be surprised that there are as many as nine characters pronounced nen – how many have you come across? They're all quite rare, but the most common is probably 嫩 (nèn) which has meanings like 'soft', 'tender' and 'delicate'.

There are actually quite a lot of characters pronounced weng, but you don't tend to see them a lot. The most common is probably 翁 (wēng), meaning 'old man'. It's also a family name.

There are seven characters pronounced zei in Mandarin. You're quite likely to come across one of them, 贼 (zéi), in Literary Chinese, but otherwise they're pretty rare.