My Father’s Back – Zhu Ziqing 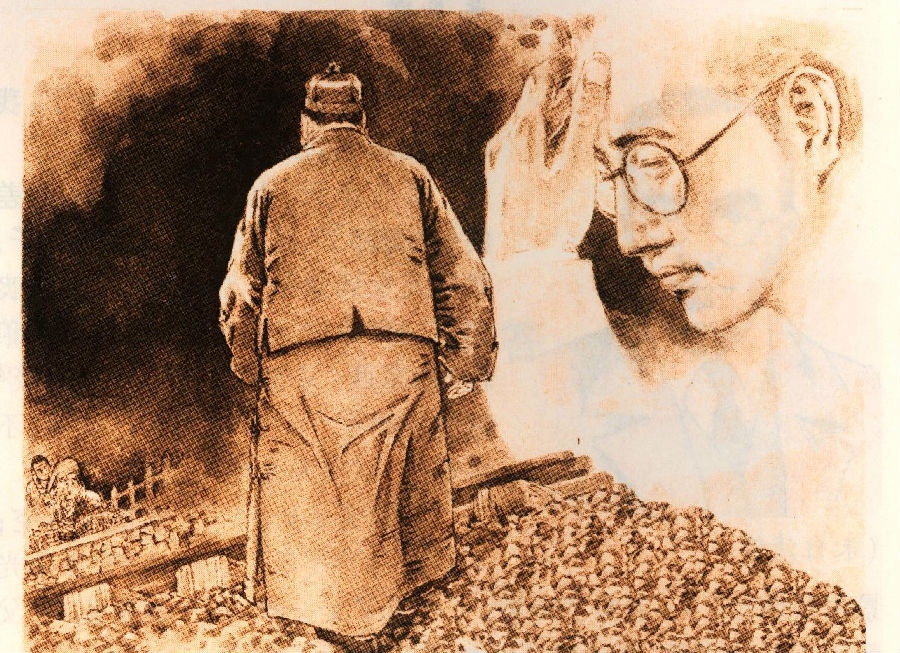 Though it is over two years since I saw my father, I can never forget my last view of his back. That winter my grandmother died, and my father's official appointment was terminated, for troubles never come singly. I went from Beijing to Xuzhou, to go back with him for the funeral. When I joined him in Xuzhou I found the courtyard strewn with things and could not help shedding tears at the thought of granny. "What's past is gone," said my father. "It's no use grieving. Heaven always leaves us some way out."

Once home he sold property and mortgaged the house to clear our debts, besides borrowing money for the funeral. Those were dismal days for our family, thanks to the funeral and father's unemployment. After the burial he decided to go to Nanjing to look for a position, while I was going back to Beijing to study, so we travelled together.

A friend kept me in Nanjing for a day to see the sights, and the next morning I was to cross the Yangtze to Pukou to take the afternoon train to the north. As father was busy he had decided not to see me off, and he asked a waiter we knew at our hotel to take me to the station, giving him repeated and most detailed instructions. Even so, afraid the fellow might let me down, he worried for quite a time. As a matter of fact I was already twenty and had travelled to and from Beijing on several occasions, so there was no need for all this fuss. But after much hesitation he finally decided to see me off himself, though I told him again and again there was no need. "Never mind," he said. "I don't want them to go."

We crossed the Yangtze and arrived at the station, where I bought a ticket while he saw to my luggage. This was so bulky that we had to hire a porter, and father started bargaining over the price. I was such a bright young man that I thought some of his remarks undignified, and butted in myself. But eventually he got them to agree to a price, and saw me on to the train, choosing me a seat by the door, on which I spread the black sheepskin coat he had made for me. He warned me to be on my guard during the journey, and to take care at night not to catch cold. Then he urged the attendant to keep an eye on me, while I laughed up my sleeve at him – all such men understood was money! And wasn't I old enough to look after myself? Ah, thinking back, what a bright young man I was!

"Don't wait, father," I said. He looked out of the window. "I'll just buy you a few tangerines," he said. "Wait here, and don't wander off." Just outside the station were some vendors. To reach them he had to cross the lines, which involved jumping down from the platform and clambering up again. As my father is a stout man this was naturally not easy for him. But when I volunteered to go instead he would not hear of it. So I watched him in his black cloth cap and jacket and dark blue cotton-padded gown, as he waddled to the tracks and climbed slowly down – not so difficult after all. But when he had crossed the lines he had trouble clambering up the other side. He clutched the platform with both hands and tried to heave his legs up, straining to the left. At the sight of his burly back tears started to my eyes, but I wiped them hastily so that neither he nor anyone else might see them. When next I looked out he was on his way back with some ruddy tangerines. He put these on the platform before climbing slowly down to cross the lines, which he did after picking the fruit up. When he reached my side I was there to help him up. We boarded the train together and he plumped the tangerines down on my coat. Then he brushed the dust from his clothes, as if that was a weight off his mind. "I'll be going now, son," he said presently. "Write to me once you get there." I watched him walk away. After a few steps he turned back to look at me. "Go on in!" he called. "There's no one in the compartment." When his back disappeared among the bustling crowd I went in and sat down, and my eyes were wet again. 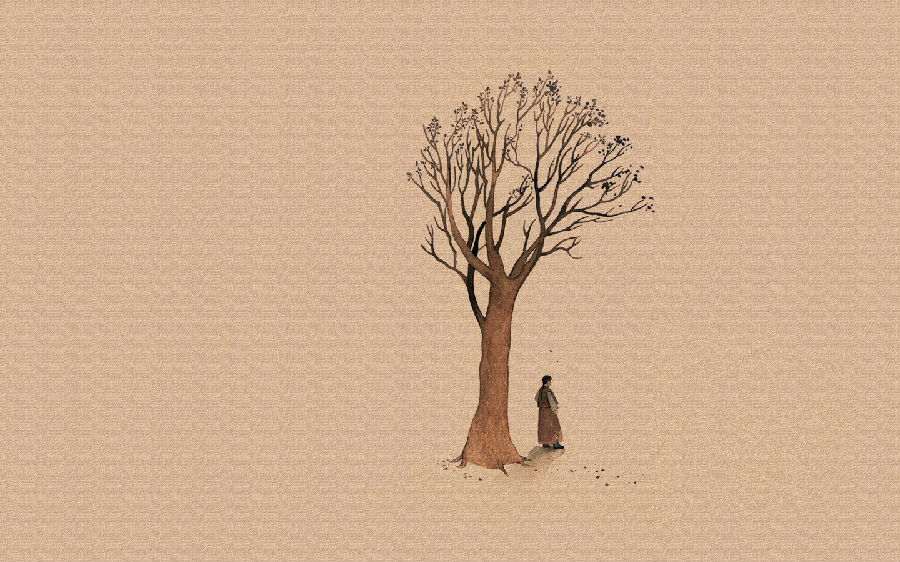 The last few years father and I have been moving from place to place, while things have been going from bad to worse at home. When he left his family as a young man to look for a living, he succeeded in supporting himself and did extremely well. No one could have foreseen such a come-down in his old age! The thought of this naturally depressed him, and as he had to vent his irritation somehow, he often lost his temper over trifles. That was why his manner towards me had gradually changed. But during these last two years of separation he has forgotten my faults and simply wants to see me and my son. After I came north he wrote to me: "My health is all right, only my arm aches so badly I find it hard to hold the pen. Probably the end is not far away." When I read this, through a mist of tears I saw his blue cotton-padded gown and black jacket once more as his burly figure walked away from me. Shall we ever meet again?

0 responses on "My Father's Back - Zhu Ziqing"