Podcast: How to reply modestly in Chinese?

"Be modest" is one of the Confucian values. After thousand years, it still run strong in China. That’s why people usually won't say "thank you" when praised for something. Instead, they will reply modestly with other common words.

"哪儿呀 (nǎ ér ya)" is a polite formula showing one's modesty in a conversation. The speaker uses it as a reply to others' compliment politely, indicating he or she is not as good as what the other person has said. For example:

"哪里 (nǎ lǐ)", a very common reply in a conversation, is used to show the speaker's modesty and courtesy. It comes in handy as a modest reply to others' compliments or used to accept others' gratitude politely. "哪里 (nǎ lǐ)" can stand alone or be reduplicated as "哪里哪里 (nǎ lǐ nǎ lǐ)".

Your handwriting is very beautiful.

"哪儿的话 (nǎ ér de huà)" works as a reply in a conversation, meaning "nothing like that" or "do not say something like that". The speaker uses it to slightly negate compliments or gratitude from others. For example:

Mr. Wang has helped us a lot today. Thank you so much!

"看你说的 (kàn nǐ shuō de)" is one of the common replies showing courtesy in a conversation. It is often used to express one's delight as well as embarrassment at praises or compliments from others. For example:

I feel ashamed after watching your stage performance just now.

You make me embarrassed.

"彼此彼此 (bǐ cǐ bǐ cǐ)" is used as a modest reply when one gets compliments from others, indicating both are as good as each other. For example:

We cannot have reached the cooperation without your help this time.

That makes the two of us.

"说到哪儿去了 (shuō dào nǎ ér qù le)" is another modest reply in a conversation. The speaker often uses it to negate the gratitude from others. For example: 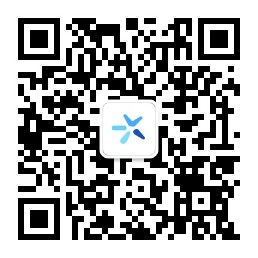 0 responses on "Podcast: How to reply modestly in Chinese?"