​Is China’s map of prejudice reasonable? 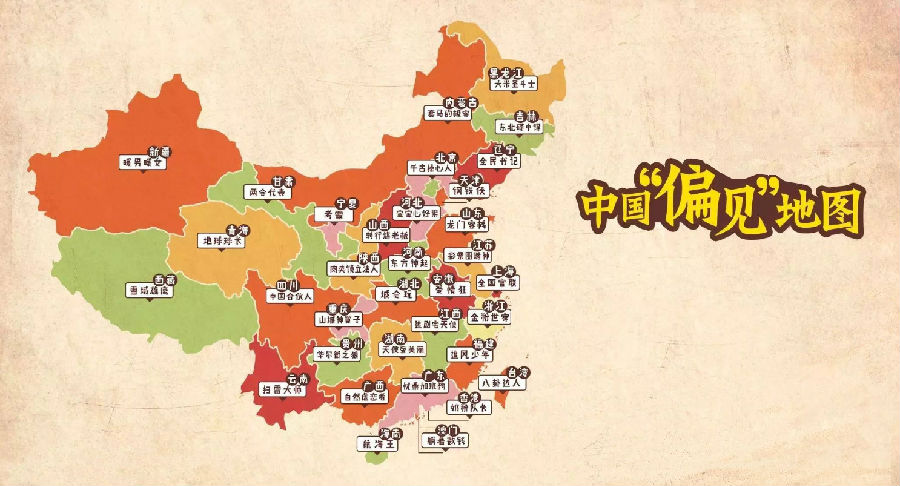 China is a multi-ethnic country with multi-culture. Due to the cultural diversity, misunderstanding or prejudice may occur between different regions. Recently, a map of prejudice against China sparks hot discussions on Weibo, which is based on the various impressions of the net users from different provinces of China, embodying different focuses of people in different districts.

According to the map, Beijingers are the most anxious, as they care about everything, ranging from housing price, license-plate lottery, smog to celebrity gossip.

People from Hebei province complain, "My heart is so tired", as Hebei is the center of heavy industries and has paid the price – severe pollution – for the country's development.

In the south, people in Guangdong province are also distressed for working overtime frequently. Under great pressure due to the fast pace, people's working life in Guangdong seems more painstaking than those in other districts.

Instead of spending all spare time playing Mahjong in the past, people in Sichuan province now are engaged in establishing companies and are praised as excellent Chinese makers.

Known as an international metropolis, Shanghai is jokingly called the "Vanity Fair" for the rich, where tycoons and elites gather.

In comparison, Guizhou, a relatively indigent province in China, unexpectedly impresses Chinese net users as "the Wolf of Wall Street", as people see their ambitions and creativity in business—online crowdfunding has become the most popular way to make money over there.

Taiwan is thriving in its entertainment industry, thus it is considered as the "Gossip Expert". All kinds of TV variety shows and celebrities are always the most heated topics. 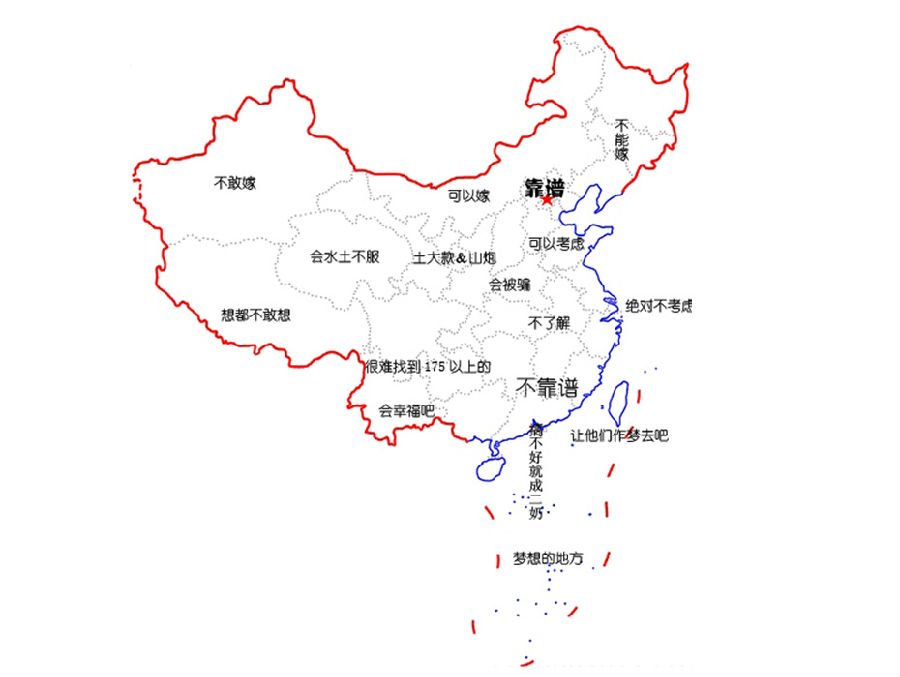 Concerning China's map of prejudice, the Northern leftover ladies, those single women above the average age (25) for marriage, re-divided the regions where their future husbands may come from.

Men from Beijing are the most favorable, considering their economic conditions, personalities and family backgrounds. While those men from Northeast, Sinkiang, Tibet are excluded from the list of candidates for the geographical or economic conditions. Men from Shanghai and Taiwan will be also turned down for personalities or cultural factors. Besides, men from Fujian and Henan are considered unreliable. Seeing that many coal mine owners are from Shanxi, men in this district are believed to be very rich but vulgar. 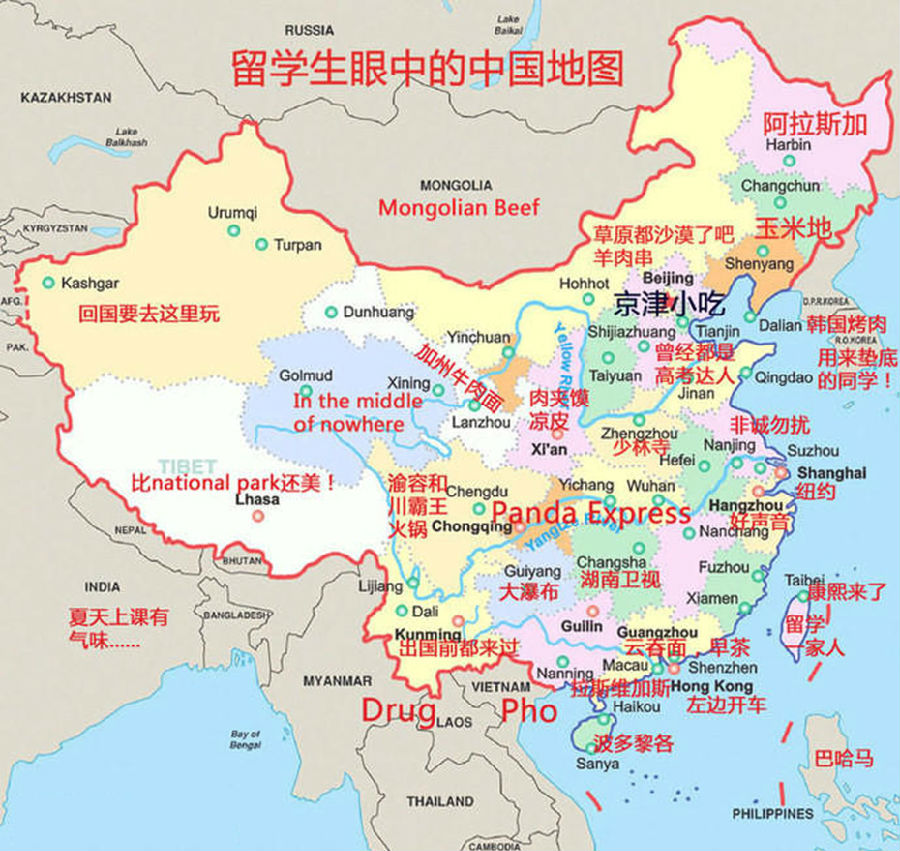 To join the fun, Chinese overseas students have made a map of China on the basis of their understanding of China's cities, too.

In their eyes, every city has its own symbol. Sinkiang, Tibet and Yunnan, famous for splendid natural scenery, should be the best places for travelling. And Jiangsu, Zhejiang and Hunan are respectively featured with their TV programs: If You Are the One, the Voice of China and, Hunan Happy Camp. In terms of foods, Rougamo and Liangpi stand for Xi'an, just as hot pot for Sichuan, beef noodles for Lanzhou, and morning tea for Shenzhen. In addition, with the background of studying abroad, they tend to compare Chinese cities to similar foreign counterparts. Apparently, Shanghai is like the New York of China, Macao is like Las Vegas, and Sanya is like Puerto Rico.

In some people's opinion, this map of prejudice is very entertaining and helpful for them to know well about the features of many cities in China. However, other people hold the viewpoint that it's simply stereotype, not the truth. What do you think?

0 responses on "​Is China's map of prejudice reasonable?"