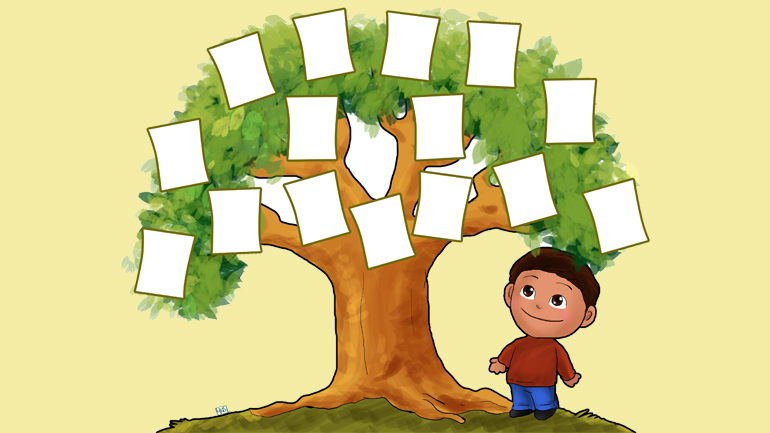 It is very important in Chinese culture to be able to address everyone by their correct kinship term as a sign of politeness and respect. Especially to the older generation, having children or grandchildren who are well-versed in kinship terms is something they can be truly proud of, and reflects well on their parenting skills.

If you want to marry a Chinese girl/man, it will be a big job for you to address her/his family members. 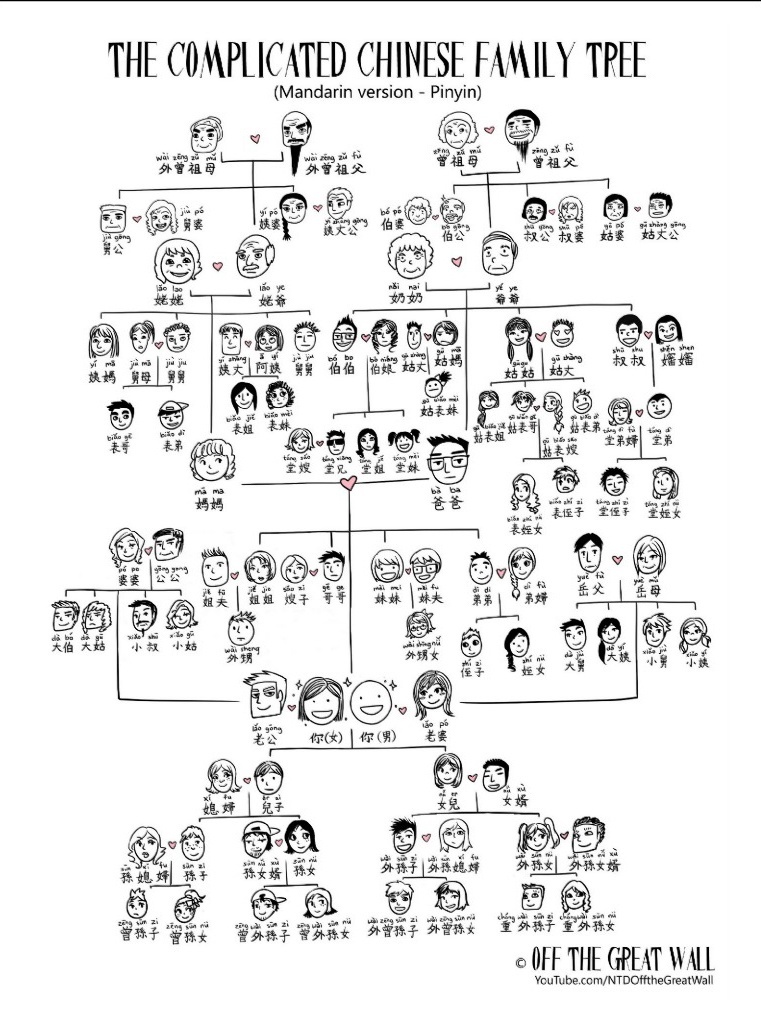 Multiple siblings of the same gender

China recently abolished it's one-child policy, so what if you run into a situation where your relative has multiple siblings? Let's say for example, your mom has three younger sisters. How do you differentiate from all of them at family reunions? A common way to do this in Chinese would be to refer to the oldest as " 大姨 (dà yí)" and then refer to the second and third as "二姨 (èr yí) second aunt" and "三姨 (sān yí) third aunt" respectively.

The article is editted by Chinlingo. Please indicate the source (info.chinlingo.com) for any use, reproduction or transfer.

1 responses on "Chinese family tree: how to address family members"