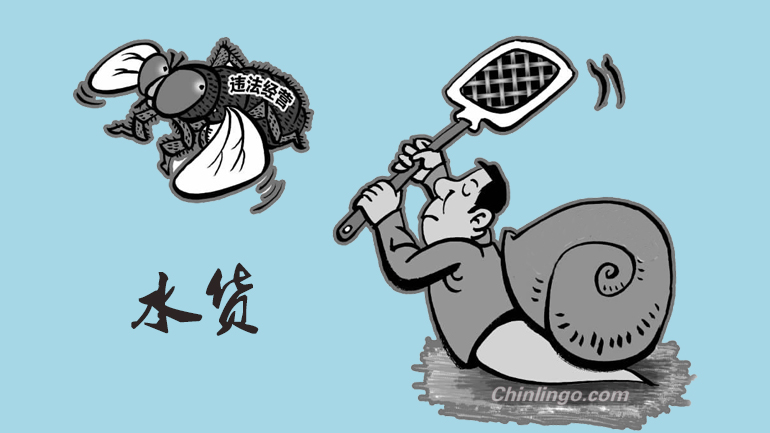 The word originated in Guangdong, China. In the 1980s, a large number of overseas goods were smuggled into the coastal areas of Guangdong. Most of them were transported in fishing vessels. In order to protect the goods from being found by customs officers, the smugglers always kept the goods in waterproof packaging and bound them to the bottom of vessels. However, as their waterproof means were not professional, water leaked through the packaging and damaged the goods. At that time, China was just open to the world and these goods were rather cheaper than their counterparts in the market, so they were still very popular. As these goods were always provided with some quality problems after being exposed to water, they were called "水货" or "water goods" literally. It is a brief interlude in China's reform and opening-up cause.

Nowadays, as the smuggling practice has become more sophisticated and professional, "水货" have been free from the quality problems and are no longer the token of bad quality. However, if "水货" is used to refer to somebody, it means he or she is incompetent or is more in name than in reality. "水" means "water" as a noun basically, but it can be used as an adjective now. If we say "这个人很水", it means that this guy is incapable or incompetent.

When somebody is called "水客" (shuǐ kè), we mean that he or she is a smuggled goods dealer.