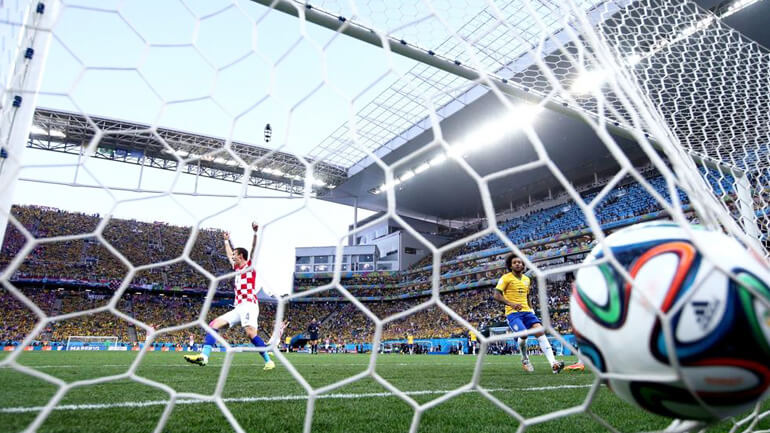 While interesting and potentially useful day-to-day phrases may be obtained – mostly of the, shall we say, ribald variety – you will may find yourself hearing some phrases that seem to be comprised of characters you know, but adapted into an unfamiliar meanings. So without further ado…

Most famously used to describe the traditional beverage (Oolong tea), 乌龙 this can also be used to convey an action that is confused or rash.

When combined with the Chinese word for ball (球), it creates a powerful phrase used in the realm of sport – own goal.

When players from one team mistakenly score a point or 2 for the opposition, this confusion and mishap is labeled as an own goal.

Did you watch the game last night? Ronaldo unexpectedly scored an own goal!

Sometimes Chinese phrases come from a direct translation of the English. Case in point, if dissected, the first half 帽子 would mean "hat" and the second half 戏法 would mean "magic trick".

And unsurprisingly, when combined it gives the Chinese a way to say "hat trick", a phrase most commonly used in soccer (more accurately called football) to describe what a player achieves when they score three goals in one game.

Messi is too good! Last game, he scored a hat trick.

Sports terminology can often trace its roots back to professions that people held. A player that works hard is sometimes a "blue collar worker", a big guy that protects his teammates may be referred to as a "bouncer", and a genius tactician directing play is often known as the "conductor".

But what about the player who does the dirty work, cleaning up any errant passes and plays? What is he known as?

In Chinese, this would be the 清道夫.

Literally translated as "sweeper", it describes a player in soccer that is often situated behind the defence whose job it is to clean up anything they miss.

Beckenbauer is the greatest sweeper of all time.

On the surface, this phrase seems to be a simple description of an individual entering an establishment without using the front door, but underneath lies a hidden meaning.

"Going through the back door" is often used in sports to explain the behavior of passing to someone that is advancing from an opponent's blind spot.

Their defense is too strong, we have to figure out a way to go through the back door.

One of the most satisfying things when playing basketball is the sound that the ball makes when it travels through the ring without touching any metal, leaving you with just the sound of the net "swishing".

空心 means empty and despite it sounding like a negative term, in fact refers to the art of "nothing but net".

Every time Curry shots, it's nothing but net.

From the greatest basketball achievement to the worst, 三不沾 is a simple way to say "air ball". The 沾 means "to stick" and the phrase can be understood as "taking a three, but it didn't stick".

Funnily enough, 三不沾 is also a glutinous snack made with egg that you can order in most "old Beijing" style restaurants – those that serve 炸酱面. While the flavor may not suit everyone, it definitely tastes better than an air ball.

Whenever Howard shoots free throws, it's an air ball.

Speaking of food, this dish is probably the most famous Chinese dish of them all – the spicy hot pot.

Known for its spiciness and numbness, this classic Chinese dish is commonly used in basketball as the slang for a block. Why?

The origins of this phrase is unclear, but one may posit that getting your shot blocked is akin to tasting the hot pot and having an extreme reaction due to its intense flavors.

If you want to go for a lay up, I will block you.

*Who is your favorite soccer or basketball player? Is he ever scored an own goal?