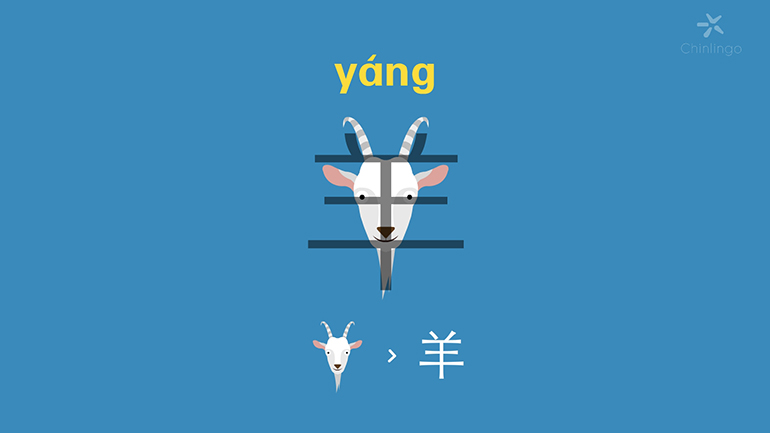 Both sheep and goats are docile and not aggressive. Chinese people have been convinced that "羊" symbolize niceness, goodness and peace since ancient times. In  sacrifice activities, mutton and goat blood are often offered as the sacrifice. Ancient Chinese people domesticated goats and reared them at home in early times. "羊" was not only the food source but also the token of fortune. In ancient China, the more one has cattle, sheep or goats, the richer he/she would be considered.

Besides acting as the token of fortune, cattle are used for farming and represent the spirit to work hard and endure hardship. By contrast, "羊" (sheep) seem to be nobler. They are favored by the human beings with their mild and obedient temper and stand for auspiciousness. "祥" (xiánɡ: lucky) is the very character that accounts for the noble value of "羊". It is composed of "羊" on the right, not only because they share the same final "ang", but also because "羊" have been the token of auspiciousness since ancient times. When "羊" is combined with "礻", it means "羊" are offered as the sacrifice to pray for good luck, happiness and smoothness in a year.