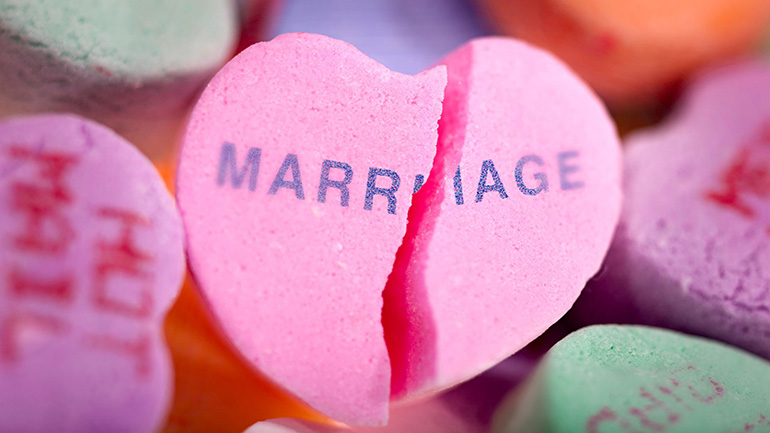 Beijing: At a registry office in Beijing, Sun Xiangshu and Shi Ci pose for photographs, their wedding certificates in hand, having just officially become man and wife. But like many unions in China this is a marriage that won't last long. In fact, their wedding is a piece of performance art staged by an artist known as Nut Brother.

The two strangers have been brought together to tie the knot then divorce within 48 hours in an attempt to stir debate about the meaning of the institution of marriage in modern China, which has a soaring divorce rate.

"I have a lot of friends who have been forced to get married. Marriage has taken on a lot of things it shouldn't, it has become mixed up with things like property, care for the elderly and social stability," said Nut Brother.

The decision to get married in China has long been a family affair, with parents traditionally having the last word on their children's spouses.

With a patchy social welfare system and Confucian expectations that the younger generation will take care of the old, questions of material wealth are often more important than compatibility when young people come under pressure to get married and produce the next generation of the family line.

Young people who decide they do not want to tread the traditional marriage path find themselves fighting against established values championed by those at the very top.

But as traditional notions of family obligations increasingly come into conflict with more individualistic aspirations, the divorce rate has soared.

From 2011 to 2014, the most recent years for which data is available, the number of divorces increased by 27 per cent, fuelled in part by those who find it impossible to maintain a marriage that might appear rosy but lacks real love.

This is what happened to Shi Ci, who divorced his wife of eight years after it became clear to him he had been chosen because he could provide for her, not because she loved him.

"It was bad for both of us, you need mutual appreciation and love to feel like you have any quality of life," he said.

Shi Ci said that for the time being he was not considering marriage again. But he would never say never.

"Now I think love is the most important. Only if I have love will I consider marriage."