Different uses of ‘wen’ in Chinese 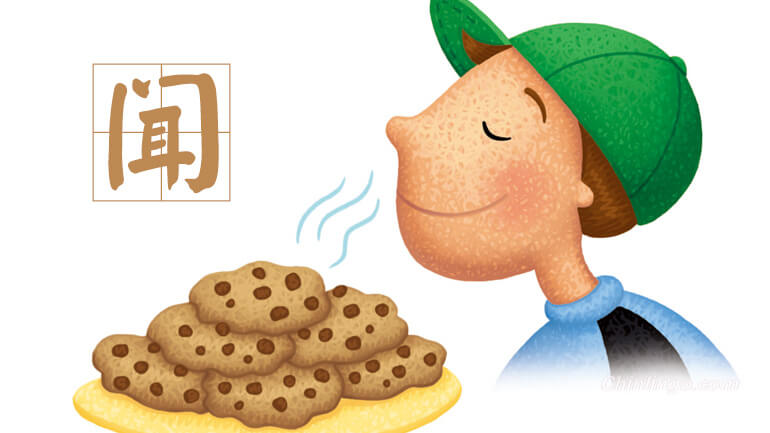 It is well known that Chinese Characters have a few thousand years of history. Over the course of these thousands of years, the meanings of Chinese characters have developed and evolved. Take the Character "闻", which first meant "listen". There is a proverb that goes "闻鸡起舞 (wén jī qǐ wǔ)", which originally meant that when a person hears the crowing of a rooster in the middle of the night, they get out of bed and practise their swordsmanship. Later it was also used to convey that someone has high ideals, is very ambitious, is extremely hard working, and is able to promptly rise up with force and spirit to take action.

There is another proverb "博闻强记 (bó wén qiáng jì)", which means to have heard many things, and to have remembered many things. It describes a person with rich knowledge and a powerful memory.

In an essay titled '师说' by the Tang Dynasty's Hanyu, there's a sentence that goes something like: "闻道有先后，术业有专攻 (wéndào yǒu xiān-hòu, shù yè yǒu zhuāngōng)". It means: becoming aware of the truth has a proper sequence, skills and studies each have specialized considerations. The "闻" here means "to know". Initially it was "to hear", only later on did it become "to know". In modern Mandarin, the "闻" from the term "听闻  (to hear)" also contains this meaning.

"闻" can also express "reputation", and is related to "听 (to hear, to listen)". How do you know of someone else's reputation? You hear about it. For example: 丑闻 (scandle).

The "闻" in ''闻起来很香" is related to "鼻子 (nose), and is just one of its many meanings. In my view, this is just a rhetorical technique: things from outside enter the ears and enter the nose, or perhaps it is only from the Chinese people's perspective they are related?

Now perhaps you still have a question: I understand the "耳" in "闻", but what's with the "门"? The "耳" here conveys the meaning, while the "门" indicates the sound. This is a typical example of a phonetic compound. For example in the character "妈" which you learned in the very beginning, "女" represents the meaning while "马" represents the sound.

0 responses on "Different uses of 'wen' in Chinese"