Why a failure is called ‘bai bei’ in Chinese 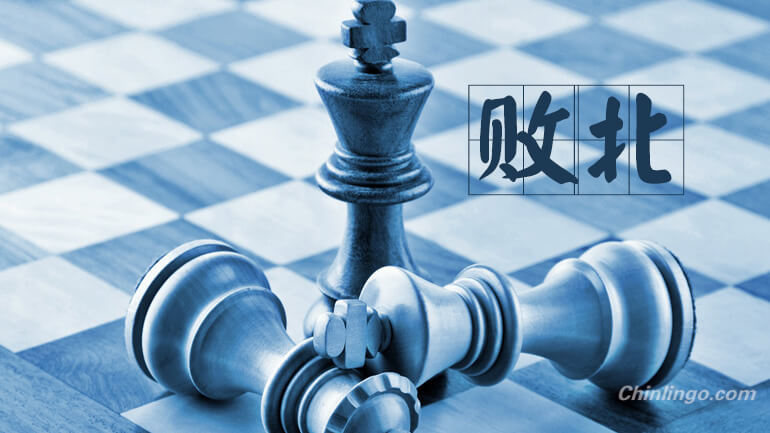 When Chinese learners read books or newspaper, they often encounter a Chinese word "败北 (bài běi)". In ancient times, the word referred to losing a battle, and it also implied failure in a competition or something else. However, what does "败北 (bài běi)" mean anyway? Does it mean fleeing to the north after a defeat? Why not "败东", "败西" or "败南"?

In ancient Chinese, "北 (běi)" originally meant "back" or "against each other". Therefore, "北 (běi)" can be interpreted as the back of human body. When two armies were at war, the defeated party would turn around and escaped. That's why "败北 (bài běi)" has got the meaning of "failure".

In Master Sun's Art of War, there is a saying "佯北勿从 (yáng běi wù cóng, be cautious about the defeated enemy, never to pursue and attack them blindly)", where the "北 (běi)" means "flee after the defeat". Therefore, "败北 (bài běi)" has nothing to do with fleeing to the north.

Moreover, in modern Chinese, "败北 (bài běi)" can be used to mean failure in various competitions or contests, such as a sports event, competitive bidding or election campaign.