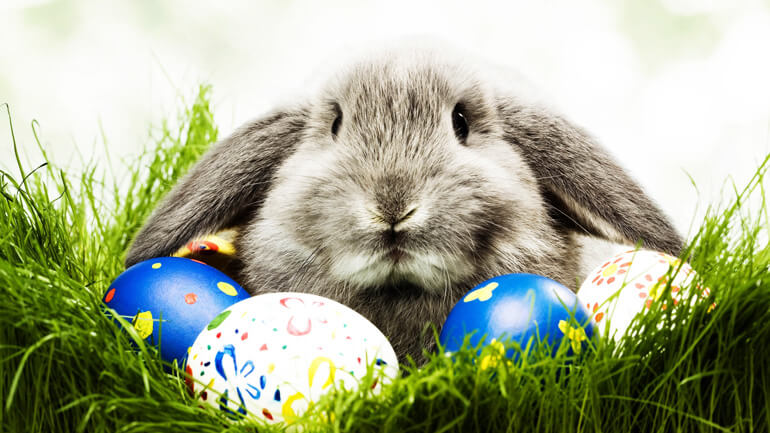 Happy Easter! Let's talk about two symbols of Easter you might often hear in Chinese.

The Easter Bunny is not a modern invention. The symbol originated with the pagan festival of Eastre. The goddess, Eastre, was worshipped by the Anglo-Saxons through her earthly symbol, the rabbit. The Germans brought the symbol of the Easter rabbit to America. It was widely ignored by other Christians until shortly after the Civil War. In fact, Easter itself was not widely celebrated in America until after that time.

As with the Easter Bunny and the holiday itself, the Easter Egg predates the Christian holiday of Easter. The exchange of eggs in the springtime is a custom that was centuries old when Easter was first celebrated by Christians.

From the earliest times, the egg was a symbol of rebirth in most cultures. Eggs were often wrapped in gold leaf or, if you were a peasant, colored brightly by boiling them with the leaves or petals of certain flowers.

Today, children hunt colored eggs and place them in Easter baskets along with the modern version of real Easter eggs — those made of plastic or chocolate candy.

0 responses on "Learning two symbols of Easter in Chinese"