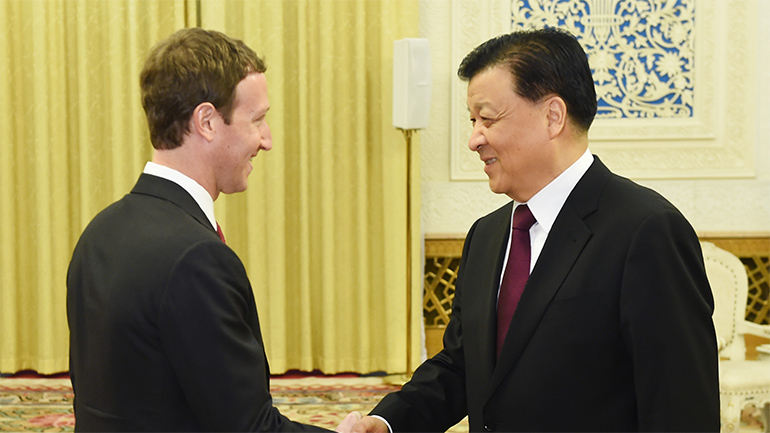 The Breaking News account on Sina Weibo, which has over 49 million followers, asked users the question: "Will Facebook this time successfully enter the Chinese market?"

Despite Facebook being blocked, the post appears to have survived censorship cuts perhaps because Alibaba, headed by internet entrepreneur Jack Ma, owns a 31.4% stake in the popular microblog. 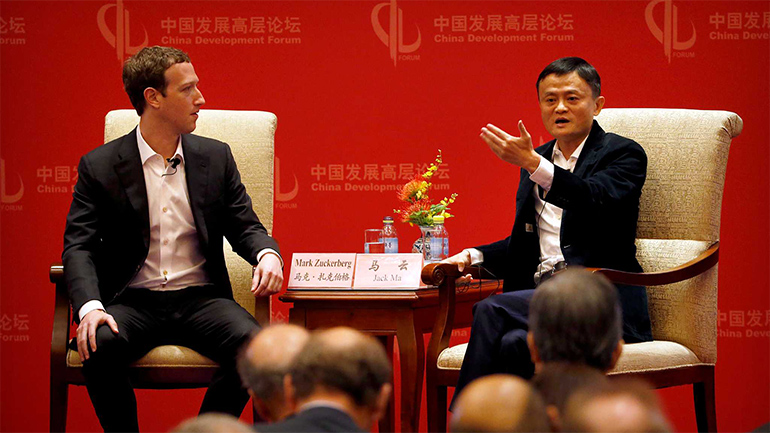 Jack Ma is one of the people Mr Zuckerberg met during his visit.

Despite traditionally censoring posts from the US social network, the overseas edition of People's Daily shared posts on his visit.

These included one by "Michael Wyh", alluding to China's firewall.

"I thought there were two great walls in China: one for Mark Zuckerberg, and one for Chinese residents," it reads, receiving over 100 likes.

Amid heavy media coverage of the Zuckerberg visit, many users expressed bemusement, since they have absolutely no idea who he is.

Others simply commented on his physique, especially during his Tiananmen Square jog.

Bad-Jim said "His body is alright".

Some shared their understanding of Mr Zuckerberg as someone "well-versed in Chinese culture", having a Chinese wife, and a daughter who is learning Chinese.

They also shared details of someone interested in many aspects of Chinese culture, including martial arts films.

Some went further, sharing afresh a picture that began circulating of Mark Zuckerberg in 2014 and talking about his "China Dream" after he spoke of his affection for President Xi Jinping's book The Governance of China. 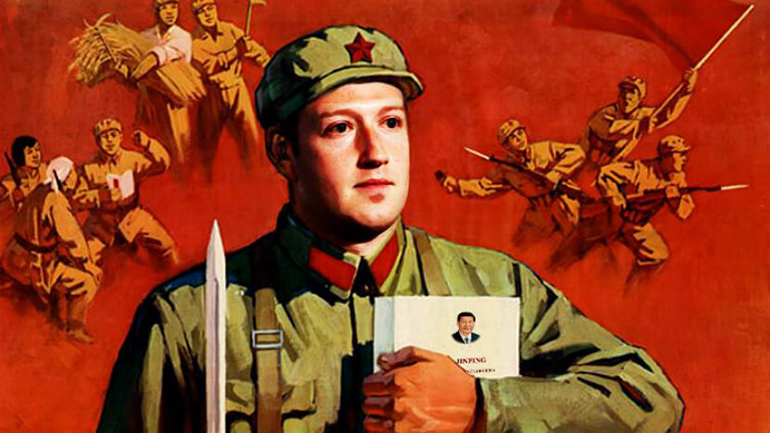 The image being widely shared takes the appearance of a Communist propaganda poster and shows Mr Zuckerberg in army clothing, holding a copy of Mr Xi's book.

It has been shared by users reading a 21 March post on the Ping West news portal, which commends the Facebook creator, saying, "Zuckerberg also has a 'China Dream'."

Despite positive coverage of the social media entrepreneur, many users highlighted the difficulties he faces trying to bring Facebook to China.

"Many leaders say Facebook is good," says Lu Zhenwang. "Why is it good, yet we don't have it?"

One of the most popular comments from users has been "404", referring to the error message "Internet address cannot be found", which comes up when mainland users try to access the world's most popular social network.

Facebook was permanently blocked in mainland China from July 2009, when riots broke out in western China between ethic Uighurs and Han Chinese.

Some users have been bolder in quipping about Mr Zuckerberg's failed attempts to enter China, through arch wordplay.

"When I see Zuckerberg running in the haze, what do I think?" one user says. "Feisibuke".

However, the characters it uses mean, "Doomed to die" and poke fun at Mr Zuckerberg's obstinacy – not only jogging in the haze, but at persevering with his efforts to enter the Chinese market.

However, some are more critical about what they see as his blatant efforts to try to garner support in the market.

"He's come to China to suck on the Chinese haze, but hasn't thought of how to make money here," says Siye Kaoya.