Why is blackmail called ‘qiao zhu gang’ in Chinese? 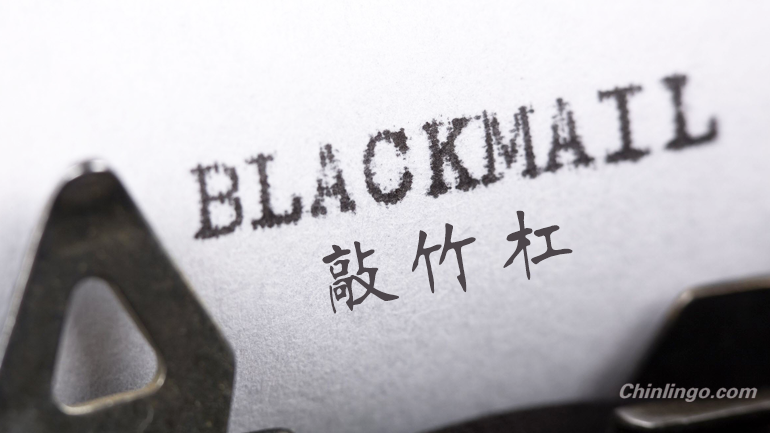 In Chinese, "敲竹杠 (qiāo zhú gàng, solicit an advantage; blackmail)" means to get others' property or raise price by taking advantage of their weaknesses or to blackmail others under the excuse of something.

So why is blackmail called "敲竹杠 (qiāo zhú gàng) (literally meaning 'to knock at a bamboo pole')?

In the old days, transport workers mostly used bamboo poles as their tools, which they stuffed with the hard-earned money. The gangers or bullies would understand how much the workers had earned in a day by just knocking at the bamboo poles. That's how "敲竹杠 (qiāo zhú gàng)" comes along.

Another saying is that "敲竹杠 (qiāo zhú gàng)" comes from the late years of Qing Dynasty. At that time the smugglers cudgeled their brains to hide opium from the inspection at the customs pass. Some hided the opium in bamboo sprits and delivered it to destinations by ship. One day, a revenue officer commanded his inferiors to inspect every corner on a merchant ship that arrived at the Shaoxing wharf in Zhejiang but no opium was found. Then the officer's private adviser with a smoking pipe in his mouth walked casually toward the stern and tapped his pipe at the bamboo spar. The shipowner was terribly frightened and mistook that the private adviser had seen through the secret. Then the shipowner invited the adviser to the cabin and offered a large bribe of silver money to him, begging for his protection. After accepting bribe, the adviser got off the ship with the others, without saying anything. From then on, "敲竹杠 (qiāo zhú gàng)" has become a synonym of "blackmail", and it is still used today.

0 responses on "Why is blackmail called 'qiao zhu gang' in Chinese?"