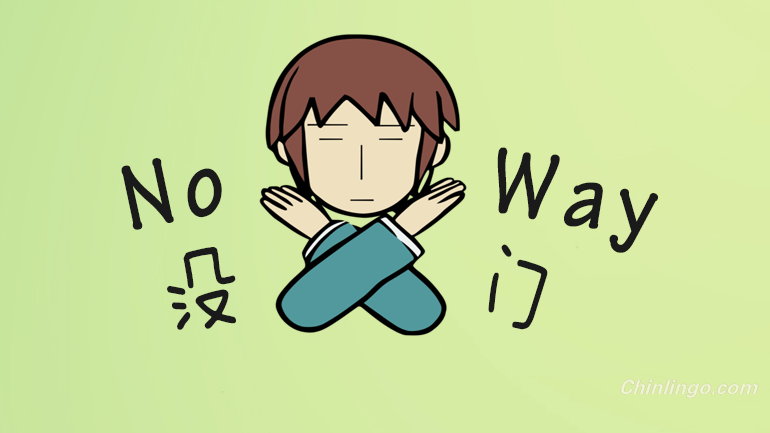 When learning any language, it's important to go beyond the textbook words and understand what's going on in reality with the locals. Learning Mandarin slang will greatly improve your day-to-day communication in China. From texting your Chinese friends to talk about the girl or guy you met last night to understanding that someone is not literally talking about every cat and dog, learning the basics of Mandarin slang can save you plenty of embarrassment.

Below are 15 Mandarin slang words that beginners can take advantage of. They'll range from words that have ancient stories behind them to recently developed phrases you may want to save for texting or Internet use.

94 is an example of a phrase that has become popular due to the Internet and online chatting. It means "precisely," "exactly" or something along the lines of "I know." It comes from the similar existing Chinese phrase: 就是 (Jiùshì).

A: You are so beautiful!

This is another phrase that has been invented and gained popularity due to the Internet. Just as GG stands for "boy" or "brother" because of 哥哥 (gēgē – older brother), MM is short for 妹妹 (mèimei – younger sister). In the Internet world, MM can simply mean "girl" as well as "sister."

It also can stand for "美美 (měi měi – pretty). When MM is used, it usually has the connotation of a young or pretty girl, so do be careful when you choose to use it.

PMP comes from the phrase 拍马屁 (pāi mǎ pì), which directly translates to "patting the horse's backside" and is equivalent to the English version of a bootlicker or a suck-up. In essence, it refers to someone who may just be flattering you and may not be completely truthful about the situation.

Do not flatter me.

The term for this means "idiot" or "moron," and comes from an ancient Chinese story. In Ancient China, the square hole in copper coins was used to string them together. 1000 coins stringed together was a "diao." Half of a diao, or 半吊子 (bàn diào zi) was used as slang to talk about someone who was inadequate.

As a way to describe themselves, modest Chinese scholars went a step further and took a half of the half, hence the 250, to show they were a real idiot.

He really is an idiot!

This phrase is similar to the English expression of "any Tom, Dick or Harry," meaning "anyone and everyone." The origins come from the fact that in Ancient China, 阿猫 (ā māo) and 阿狗 (ā gǒu) were often used as nicknames for people.

The director would not just find anyone to be the star actress.

This phrase means to "forget it." It can be used in many situations, from meaning a casual "whatever" in everyday scenarios to a firm or more serious "Let it go."

A: Do you still want to go dancing tomorrow night?

Depending on the situation, this phrase can range anywhere from meaning "Go away!" or "Off with you!" to something more offending like "Back off!"

Jokingly or in the right situation, it can be appropriate to use. However, you will want to be careful when you use this if you're not trying to offend your new or old friends.

A: Next time you shouldn't act that way.

不咋的 (bù zǎ de) means "not great," or similar to saying in English "not so hot." It can be used to describe a situation or a person.

I know him, he's not that great.

The meaning of this phrase is "Do what you want" or "Whatever." It has a nonchalant attitude, similar to the English phrase "Who cares?" It stems from the local Beijing dialect and is most popular there.

I'm done talking about this issue, it cannot be changed. Whatever, I don't care anymore!

才不呢 (cái bù ne) is an idiom similar to "no way" or "not at all." It's commonly used like the English phrase "Of course not!"

A: Is she your girlfriend?

B: Of course not!

This phrase is an extreme way of saying someone is ugly. It translates more to "monster-looking." Depending on the situation, it can sometimes be used in an affectionate way to show that something is so ugly.

Last night I met someone ugly.

The literal translation of this phrase is "flower heart," but means something along the lines of "wandering eyes." It's usually used to describe men, but can also used for women as well.

When used in a phrase, it's usually negative and will describe someone who has not been faithful in the relationship.

Most beginner learners will have learned this word early on to mean "dirt." When used to describe a person or object, it can also mean "nerdy" or "unfashionable."

The origins of this come from the fact that people who work with soil and dirt are usually peasants, and they're not always seen to have all the class or elegance as a city person might. It's similar to the English slang of "peasant."

It's not a compliment, so be careful when you decide to use this word!

His clothes are a little unfashionable.

You think you can get information from me? Fat chance!

The literal translation is "under the eyelids," and means something along the lines of "under one's nose."

My phone was stolen by a thief right under my eyes.

These 15 Mandarin slang phrases will help you get on your way to mastering both textbook and colloquial Chinese!