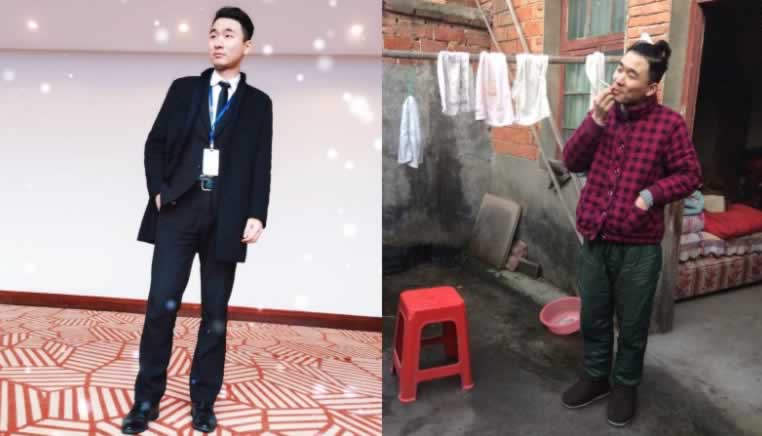 Beijing (CNN) Stone Liu, 25, wears a crisp suit when he's at his sales job in China's Hunan province. But come Lunar New Year, a sudden transformation occurs when he returns home. Now he's lounging in a plaid quilt coat that belongs to his grandmother, a pair of his grandfather's pants, and his uncle's slippers.

"These clothes are comfy," he told CNN.

In before-and-after photos that have gone viral on Chinese social media, young workers are uploading cheeky comparisons of themselves in slick urban attire, followed by photos of themselves as "country bumpkins" at home.

For users, it was a lighthearted way to reveal their "true selves" at the most relaxing time of the year.

I am proud of my rural upbringing'

Xu Lin, a model working in Beijing, uploaded pictures of herself in a dull-looking outfit, feeding chickens and cooking in her home village in China's northeastern Jilin province. 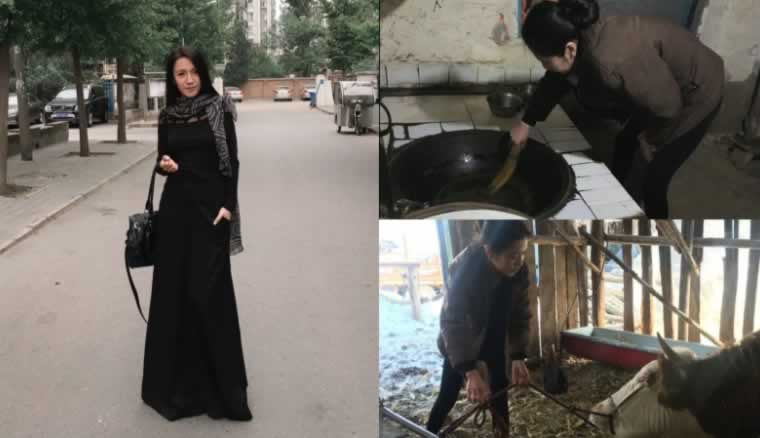 "When I'm back home, I'm my parents daughter no matter what I wear," she told CNN. "But I'd assume none of my clients would like to work with me if I dressed like that in Beijing.

"I think the contrast between the urban and rural pictures reflects the difference between a very intense working condition and the relaxation when I'm home." Now working in a law firm in China's southern city of Nanning, she said villagers in her hometown would consider it odd if she tried to dress glamorously there.

"I am proud of my rural upbringing," Qin told CNN. "The city people won't experience a lot of the things we do here, we have to look after cows, gather firewood and that sort of thing."

Yet after years of living in the city, she says it's been difficult to readjust to the "desolate" life in her home village.

She thinks the photos offer a glimpse into the drastic divide between rural and urban China.

"There is no Internet, no TV, no street food stands or restaurants in my village," she said. "Most young people have moved to the cities for work, leaving their grandparents in the village."

Movement to the cities

China's urbanization drive started decades ago when 80% of the population lived in the countryside.

Since then, droves of young workers have flocked to the country's metropolitan areas — where the jobs, wages, and opportunities are.

Today, 260 million people live in just 15 Chinese cities, with an urban population of around 771 million that represents 56% of the total population, according to a report last month by China's National Bureau of Statistics.

But an increasing wealth gap between rural and urban China has made economists worried.

In 2015, Chinese urban residents' annual income was almost triple that of their rural counterparts, who on average earned 11,422 yuan ($1,740), according to the report.