Is this year your “本命年”? 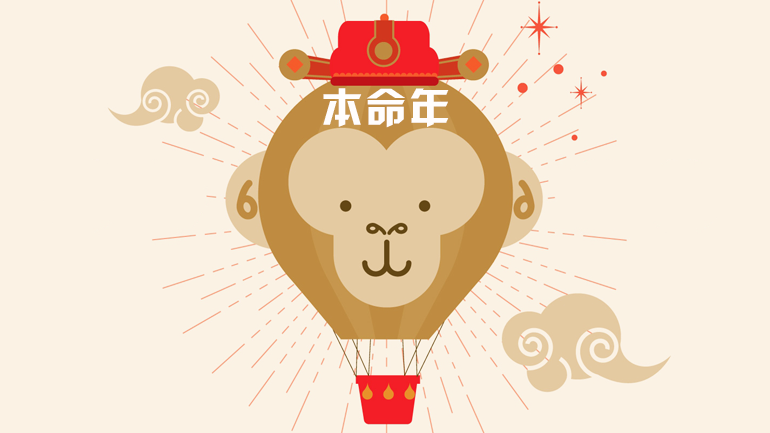 Do you know what is your Chinese zodiac? According to the Chinese lunar calendar, every year corresponds to one of twelve animals (Rat, Ox, Tiger, Rabbit, Dragon, Snake, Horse, Sheep, Monkey, Rooster, Dog, Pig). Different animal signs are believed to carry different meanings by the Chinese just as similar as the Western horoscope. One undergoes a 12-year cycle to reach his or her Zodiac Year of Birth, which is known as 本命年 (běnmìngnián). Take for example the the Year of Monkey this year. Those individuals who were born in the Year of the Monkey, namely the years of 1944, 1956, 1968, 1980, 1992 or 2004, are entering their 本命年 (běnmìngnián) in 2016.

However, most Chinese people believe 本命年 (běnmìngnián) is supposed to be a year of extremely bad luck and many difficulties. The reason is that people will 犯太岁 (fàn tàisuì, offend Tai Sui) on their 本命年 (běnmìngnián) in traditional Chinese mythology. 太岁 (fàn tàisuì, Tai Sui) initially referred to a star opposite of Jupiter which revolves around the Earth every 12 years, the same 12-year cycle as the Chinese zodiac signs. Tai Sui is said to bring misfortune to people in the zodiac year matching their year of birth. So people should pay special attention to avoid misfortune in their life every 12 years.

How to bring yourself good luck on your 本命年 (Běnmìngnián) has now become a hot topic among people. In order to mitigate its predicted inauspicious effects, people may resort to conventions that have been passed down through generations, one of which is to wear something red since red carries an atmosphere of prosperity and courage. People in China will wear any red-colored clothing such as underwear, socks, scarf, sweater, and shirt.

If you don't own lots of red clothing, even red-colored accessorizes is probably the easiest way to introduce a little red into your life on a daily basis.

Some people wear jade or gold jewelry strung with a red thread because jade also supposedly will ward off bad luck and gold is said to have enough spiritual power to conquer evil spirits.

Please note that the red item has to be a gift from someone else (your family, your friends) and you can't buy it for yourself.

Some people even buy 太岁符 (tàisuì fú, Tai Sui amulets) in a small red paper pouch and carry it with them throughout the year. Typically, Tai Sui amulets will be burnt before the next new year arrives.