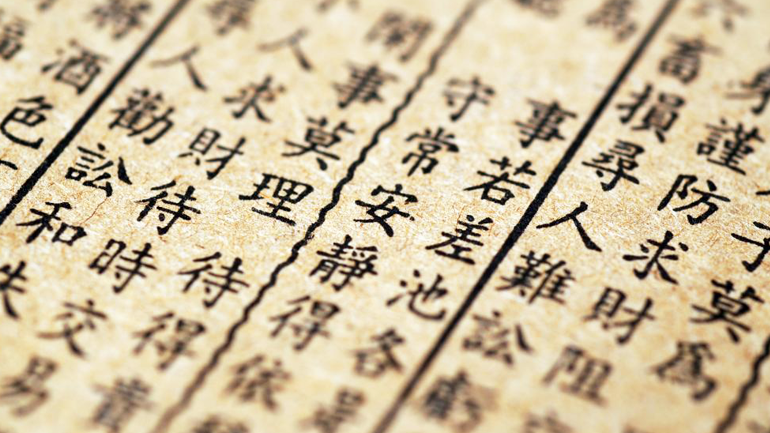 This is the second article of two about learning strokes, components, individual characters, words phrases and sentences.  In the first part, we looked at the basic question of what you should focus on and then dismissed strokes as being the least important part. Now, it's time to work our way up from individual strokes and characters to sentences and paragraphs.

When it comes to individual characters, I think it's usually a good idea to know roughly what they mean on their own. So if you encounter a word like 学校 "school", it makes sense to learn that the first character means "study" and the second means "school". This is important, because these characters will appear again.

For example, headmaster is 校长, school bus is 校车, student is 学生 and "to study" is "学习". Imagine what would happen if you learnt these as chunks, without knowing anything about the individual characters. You would then be unable to create a network of characters that would be very helpful for you to learn these words.

Learn individual characters, but not all of them and not right away

However, it's a mistake to study and learn all characters as single characters immediately. I suggest that you look it up once and see if it helps you make sense of the word. If it does, you will probably remember it.

For example, it's fairly easy to remember that 小学 little + study means elementary school. If it doesn't make sense or is confusing, wait.

If you see the character pop up in other words, you should probably learn it.

You can use the rule of three here as well.

At some point, perhaps when you reach an intermediate level, it will be useful to go through at least the 1000-1,500 most common characters to make sure that you know what they mean. By doing so, you will greatly increase your ability to guess the meaning of new word and expanding your vocabulary will become much easier.

What about phrases then? Go for it! Phrases are great. Learn verbs with a common object, learn adverbs in short sentences and so on.

Learn phrases that are counter-intuitive to you or where Chinese doesn't behave in the way you expect it to. By learning these examples, you gradually build an internal repository of examples of how Chinese actually works. This is a key component in learning grammar, too.

What about longer sentences, perhaps even entire paragraphs? Some people like this, but I honestly don't see the point. Reviewing becomes to complicated and too much focused on reading. I think providing context is good, but providing more context than necessary makes reviewing take up more time. It's also harder to create good sentences that are suitable for learning.

So, in essence, you should focus on what is most useful. I think words and phrases are the most important part, with an extra focus on words. Learn smaller components when they appear often enough. learn larger parts when they confuse you or they show something you actually didn't know, such as how to use a grammar pattern or something similar.

Whatever you do, don't add everything at once! Keep things in perspective. You presumably learn the language in order to use it, so it makes sense to don't lose sight of what is immediately useful.

0 responses on "Building blocks of Chinese"