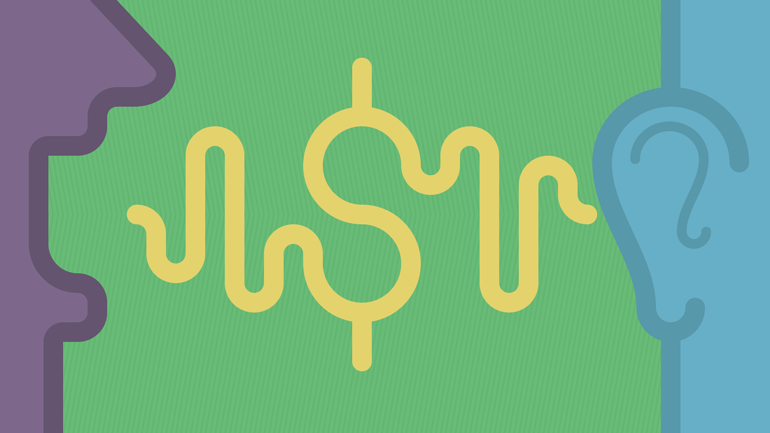 Let's look at tones in Mandarin Chinese as an example. Syllables in Mandarin can have four different tones, and the tone of the syllable can change its meaning completely. In linguistics, this is called "lexical tone" and it's different from intonation in English. We might change the word "Yes" by making the pitch drop (turning it into a statement) or or rise (turning into a question), but the word still means the same thing. We can't make "yes" mean "whale", "parachute" or "daffodil", regardless of how we change the pitch. Thus, lexical tone is something native speakers of English have to learn when learning Chinese.

A human voice contains an awful lot of information that isn't really used for communication.

If you compare the sound produced by a young child, an adult man and an old woman, you will of course notice that they are very different. Still, you can understand what all three are saying! This is because your brain knows what to pay attention to and what to ignore.

How to learn to hear new sounds in Chinese

There are a couple of things we can learn from research conducted mostly in the past thirty years into how adults acquire the sounds of a new language. The most important thing is that it can definitely be done, even though it might take concentrated effort over a long period of time. This practice needs to be variable, meaning that you shouldn't listen only to one person speaking Chinese.

This isn't much of a problem for people who live in a Chinese-speaking environment, but it is a problem if you study in your home country and you only have one teacher. Make sure you find different people to speak to and that you use several different sources for your listening practice. Don't stick with the same textbook, it will help you understand the voice used on the recordings, but won't help you much beyond that. Use several textbooks and podcasts, try to speak with many different native speakers.

Make it big, make it slow

Another tip that is useful both for listening and speaking is to exaggerate. This requires you to first know at least in theory what the distinguishing feature of a sound is, and then exaggerate that feature. For instance, the difference between the second and fourth tone in Mandarin is that the second tone rises whereas the fourth tone falls.

If you're practising these tone, make the rise or fall exaggerated. Start very high or very low, make the change as big as possible. Then gradually return to a more normal way of pronouncing the tones while maintaining correct pronunciation. If you have a native speaker to help you, they can do the same for your speaking. This will sound a little bit like they are speaking to a child, but that's okay. After all, learning a new language is a bit like becoming a child again and this has actually been shown to be helpful!

Learning to hear new sounds certainly isn't easy, but it can be done with lots of varied exposure while focusing on the key features. Good luck!

0 responses on "Learning to hear new sounds in Chinese"