Do you enjoy “bullet screen” while watching movies? 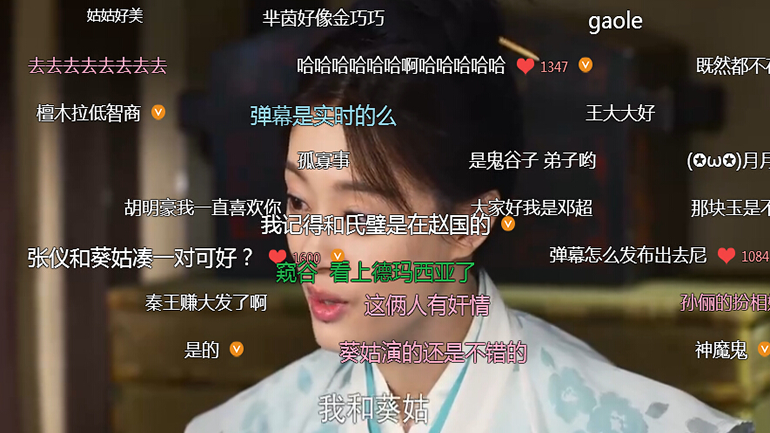 "Bullet screen" (弹幕, dànmù), a model of movie-watching that has been introduced in select theaters in China since 2014 has been widely used by video websites.

In this case, the bullets don't refer to actual bullets, but to text messages that audience members send via their mobile phones while watching the film or video. The messages are then projected onto the screen, so that at any given time the scene may be overlaid with multiple "bullets", or comments, scrolling across the screen.

The idea behind "bullet screens" originated in Japan, where they were first popularized by a Japanese ACG (animation, comics, games) video portal called Nicodou, which later became the inspiration for similar Chinese ACG video sites such as Bilibili.

While comments can be so numerous that they obscure the entire screen, many "bullet screen" proponents say the point is often not to watch the actual video in any case, but to get together and "tucao", Chinese for "spit and joke around", about the silliness of the video.

0 responses on "Do you enjoy "bullet screen" while watching movies?"