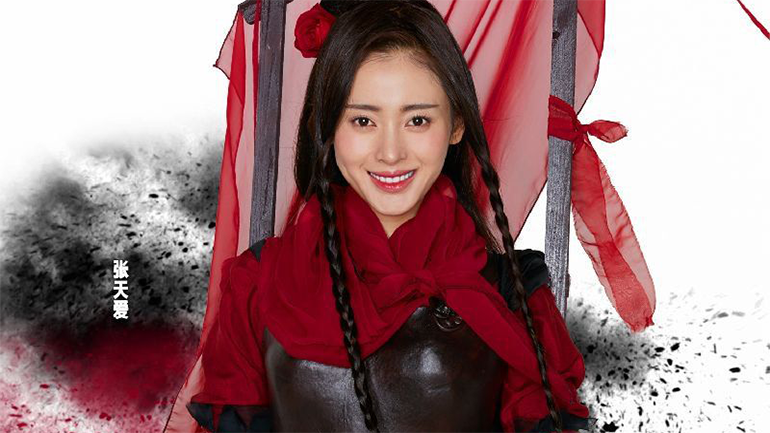 If there is one word that best describes LeTV's newest online drama Go Princess Go, that word is "addictive." Unlike the disappointment that came after the highly anticipated The Legend of Mi Yue hit the airwaves, Go Princess Go started off as a relatively unknown before becoming a major hit. It is currently one of the top trending topics on social media in China.

Each episode of this online drama is only about 20 minutes long. The biggest draw for audiences seems to be the transgender nature of the main character Zhang Peng. A modern playboy who jumps into a swimming pool to save a girl's life, Zhang is accidently kicked in the head and falls unconscious. Upon waking, he discovers that he now inhabits the body of a beautiful woman living in ancient China named Zhang Pengpeng (actress Zhang Tian'ai), who Zhang later realizes is the wife of a prince. Zhang tries to survive as a woman with a straight man's mind.

It pokes fun at a man having to deal with a woman's menstrual cycle, but for the most part it focuses on how this princess begins developing romantic relationships with both men and women. When the show first starts, Zhang often flirts with his maids and his husband's other concubines. However, Zhang gradually finds himself accepting the more feminine side of his nature.

It's rare to see a bisexual role such as this appear so prominently in a Chinese drama. Even though the tone is kept light and funny instead of being a psychological examination of gender roles, the show does prove that audiences in China are becoming more accepting of the idea of bisexual relationships.

Compared to other TV shows that have high budgets for every episode, Go Princess Go is a very low-budget show. Some media outlets have even published articles talking about how poor the show's film crew actually is. Costumes look like they were made with curtain fabric and lack any complicated patterns. Accessories the characters wear look like something a person would buy from a street vendor.

During scenes where there should be crowds of people, such as an ancient football match, only several figures are ever seen in the background. Even the emperor never makes an appearance and is only talked about by other characters. Some audience members have joked that the only means the director has to add some style to a scene is by using a blower to create a dreamlike scene with wind and fog. However, this isn't really true. With his experience as a photographer, director Lü Haojiji has excellent control over the composition and colors of each and every frame.

It seems that a lack of budget has not hurt the show's ratings. Audiences don't really care where a show bought its costumes or how much money it spent. All they care about is whether a show can amuse and impress them.