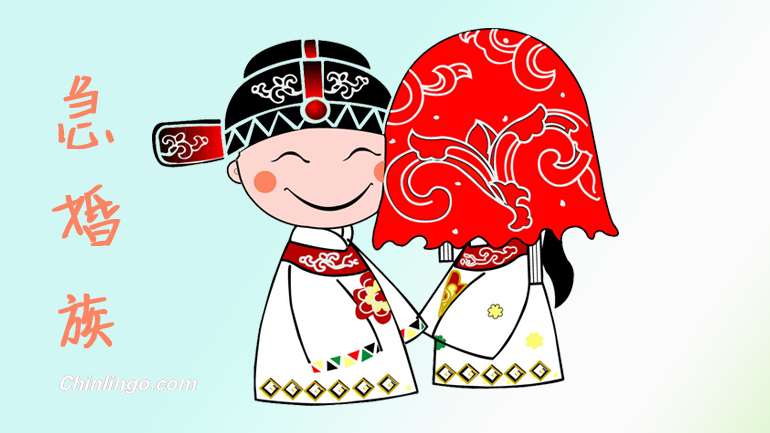 "急婚族" refers to those who are rushing to marry. They get married in a hurry under the pressure from their parents, or for the purpose of getting a job easily via their marital relation.

"崩炮族" is used to address those who set off firecrackers in a crowd for their claimed purpose of "having a turn in luck".

"晒工资" doesn't mean "drying one's salary in the sun". Instead, it means "expose one's salary slip on the Internet". It reflects the appeal for transparent income distribution on one hand, but will on the other hand bring some negative social effects, such as psychological imbalance and unwanted business secret leakage.

"钟点养老" refers to the care designed for some empty-nesters whose offspring are not around to take care of them during a festival. The care is paid hourly rather than monthly or yearly as seen in a normal old-age care service. Such a nursing home integrates entertainment, sports, accommodation, and medical treatment together. An elder just has to pay a few Yuan to eat, drink, play and rest here for a whole day.

"拼客" refers to those who do shopping in a group on holidays for the purpose of preferential prices. They are mainly found in such large cities as Beijing, Shanghai, Shenzhen and Guangzhou, and basically composed of young white-collar workers and students. They are fashionable but not extravagant. They are pursuing a quality life at the minimum financial cost.

"流氓软件" refers to the software applications that impair a computer's normal operation and that are difficult to be unloaded once installed.

"解约门" refers to the popular practice of job hopping by cancelling the employment agreement in the showbiz.

"版本位" is a phrase closely associated with "官本位" (official-rank-oriented standard). It refers to the latent rule that a news headline is determined based on the official ranks.

0 responses on "Words with Chinese characteristics"