The differences between “fén” and “mù” 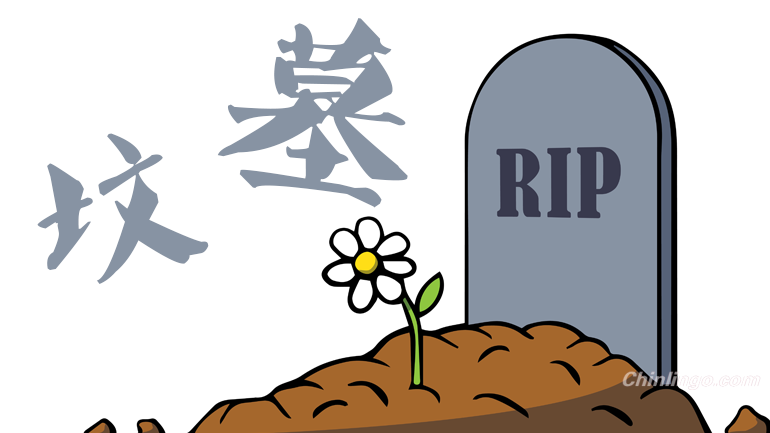 In Chinese, both "坟 (fén)" and "墓 (mù)" refer to the caves where the dead are buried, but these two characters are not completely the same in some way.

"坟 (fén)" originally referred to the hillock mounded above ground level, which had nothing to do with "墓 (mù)". For example, in The Songs of Chu (楚辞), there is a sentence "登大坟以远望兮 (dēng dà fén yǐ yuǎn wàng xī)", meaning "to look far away on the top of a large mound".

However, "墓 (mù)" refers to the grave for burying the dead. Apart from the dead body, many other sacrificial objects can be found in the grave. Moreover, there was no mould above the ground level built on the grave, but many underground tunnels to the grave.

In the late slave society and feudal society, when the hierarchy became much stricter, many rulers built their own graves before they died and regarded the mould over the ground as a symbol of status. Later, it became a common thing for the civilians to build moulds over the graves and then "坟 (fén)" and "墓 (mù)" started to be closely associated with each other. Until today, we often directly say "坟墓 (fén mù)" when speaking of the graves, and we even just say "坟 (fén)", leaving out the character "墓 (mù)".

0 responses on "The differences between "fén" and "mù""