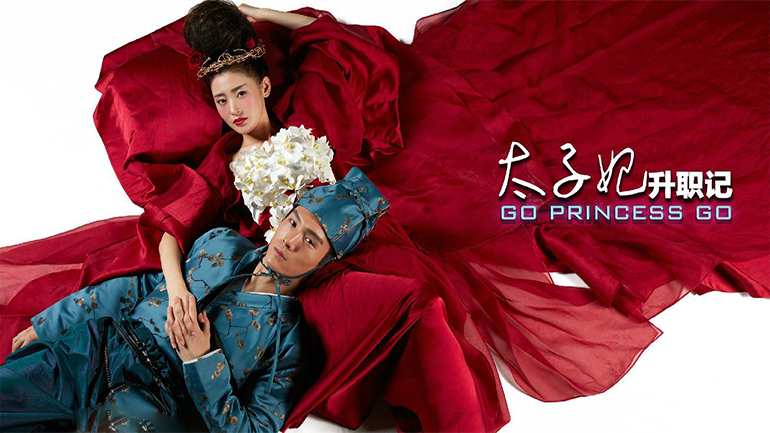 In order to make up for errors in his work, Deity Siming secretly brought the soul of a modern man called Chen Ran from Hades to possess the body of the crown princess of Nan Xia called Zhang Pengpeng, who has just "fallen into water and died from drowning."

Disliked by her husband and detested by her mother-in-law, how Zhang Pengpeng with a male's mind in a female's body gets promoted smoothly from 'Crown Princess' all the way to be the 'Empress Dowager'?

I haven't read the novel, but recently I watched the drama, with the initial intention of merely to find out what is the fuss over it among the Chinese netizens. It turns out to be way more enjoyable than expected because it's just light-hearted and entertaining. That is despite all the cheap ass looking props/settings/costumes. The general sentiment is that, the quality of the cast and an interesting story really compensated for that (which I totally agree). The characters are also extremely lovable. Honestly I'm still not very sure how to treat the romance in this, like is it BG or BL? I'm not a BL fan but I'm still watching it anyway.

I admit there were times I've forgotten that the crown princess is really a man and I've discovered he seems to be rather accepting of his new body and perhaps even the love interests of two men. The romantic scenes are wonderfully played out and unexpectedly unique and not too cliche. I am definitely looking forward to the upcoming episodes…

My fav moments so far:

2. When c.princess find out about the deed in ep 6

4. when c prince finally realize about his love in ep 8

Really like the drama so I begin to read the novel. The leading actress is very pretty. It is also easier in the drama to believe that she is a woman and we see in the last episodes that they are putting less of her man voice like they want us to forget her gender.