Words for “salary” in Chinese 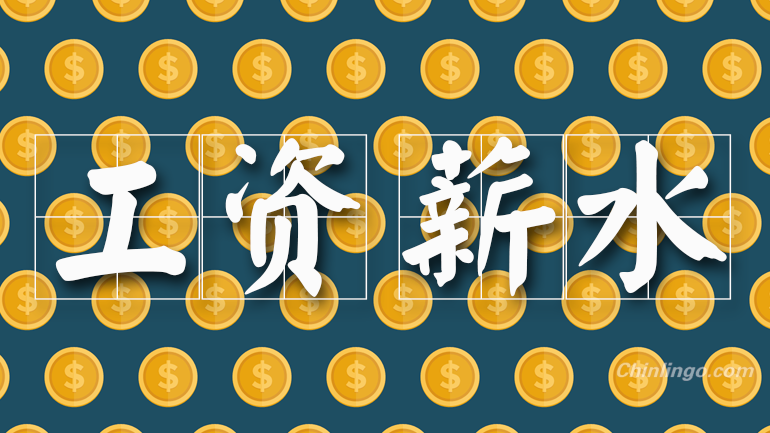 In modern life, labor remuneration is called "工资 (gōng zī, salary)" or "薪水 (xīn shuǐ)". In ancient times, the officials also got their salaries, which were usually called "俸禄" (fèng lù) or "薪俸" (xīn fèng) instead. Why was it called that way?

For ancient people, the emperor was the God from the Heaven who was called "天子 (tiān zǐ, the son of the Heaven)", who brings blessings to people in the man's world. The land and slaves given by the emperor to his ministers or relatives were called "禄 (lù)". Furthermore, only the titled ones could get "禄 (lù)", while other beadles or civilians were given hand-to-mouth food.

"俸 (fèng)" derives from "奉 (fèng)". The initial "俸 (fèng)", which was food or money was given to a person according to his capacity or contributions. Obviously, "俸 (fèng)" and "禄 (lù)" were quite different in nature at the beginning. As time goes by, the word "俸禄 (fèng lù)" generally refers to the money or food given by the government.

"薪 (xīn)" originally refers to the firewood, which is indispensable together with "水 (shuǐ, water)" in people's daily life. The word "薪水 (xīn shuǐ)" refers to the activity of collecting firewood and storing water for living. Besides "俸 (fèng)", the ancient local government often offered its officials living subsidies which was called "薪 (xīn)" on various pretexts. According to the historical records, the way of offering "薪 (xīn)" could be either firewood or money of equal value. Therefore, "薪俸" (xīn fèng) has been used as one word.

0 responses on "Words for "salary" in Chinese"