Comparing “要” and “想” in Chinese 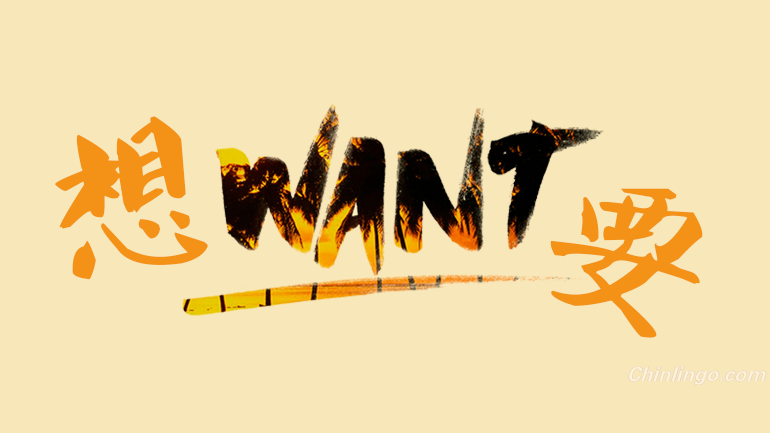 Both 要 (yào) and 想 (xiǎng) can mean "want," but they're used in slightly different ways, such as 想 (xiǎng) meaning "to miss" when followed by a noun, and 要 (yào) also meaning "going to (do something)".

Followed by a Noun

Both 要 (yào) and 想 (xiǎng) can be followed by nouns, but their meanings are different, because the meaning of 想 (xiǎng) changes when used this way.

This structure is most often used to buy something, or to order food as a restaurant. It also can be used for a child to get stuff from his parents.

I want a sandwich.

I want a glass of water.

Pay attention here: unlike "想 + Verb," the meaning of 想 in the "想 + Noun" pattern becomes "to miss."

I miss my mom.

I miss my little dog.

Followed by a Verb

Both 要 (yào) and 想 (xiǎng) can be followed by verbs with similar meanings. The difference between the two is rather subtle, but 要 (yào) can sound more urgent, while 想 (xiǎng) is usually a bit more polite. Tone of voice plays a big role here as well, so don't be afraid of offending people by using 要 (yào); the word itself isn't rude.

It might help to think of 要 (yào) in this structure as meaning "want to" and 想 (xiǎng) as meaning "would like to."

I want to eat a sandwich.

I want to drink juice.

I want to buy fruit.

要 is used to indicate plans for the near future, much like "going to" in English. 想 (xiǎng) is not used in this way.

I'm going to Beijing on Saturday.

After getting off work, we're going to go to karaoke.

You can put 要 (yào) and 想 (xiǎng) together to make the word 想要 (xiǎngyào), which means "to want" or "want". You can put either nouns or verbs after it.

I want to eat a sandwich.

I want to drink juice.

I want to buy fruit.

I want a new computer.

These conversations use 想 and 要 in various ways described above:

What do you want?

I want a cup of black tea. I also want a glass of milk.

Yeah, I would. I'm going back next month.