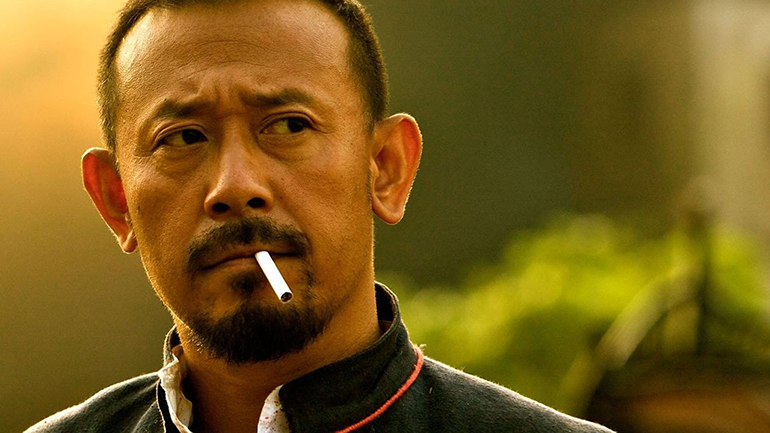 A FLYING dagger stabs a Japanese soldier in the heart. Another fighter has his neck slit by a Chinese secret agent. Others are shot at close range, gassed or drowned. Like war dramas everywhere, "Royalty in Blood", a 36-part television series about the war between China and Japan from 1937-45, is pretty gory. Yet unlike elsewhere, the on-screen violence is not just for adult viewers. It is aired each week at 7.35pm, the most popular television-watching hour, when even very young children in China have yet to go to bed.

All films and TV shows are vetted by a government committee. Oddly, however, China has no ratings system to denote a film's suitability for certain age-groups. It has no TV "watershed" either, as many countries do, dividing the day into family-oriented programming and late-night viewing with more adult content. Violent TV dramas are sometimes shown on public transport. Ticket sales at cinemas increased nearly 50% in the first 11 months of 2015 on the previous year to reach $6.3 billion, a total surpassed only by America. Yet questions are often raised about whether films are safe and appropriate for children, who can watch any of them.

The government does not want ratings or a watershed because it does not want to be seen to be permitting sex and violence for anyone. Its constraints on what may appear on screen represent a laundry list of the state's anxieties. Content must not "endanger" China's unity, security or honour. It also should not "twist" history, feature explicit sex or gambling, advocate "the supremacy of religion" or "meticulously describe fortune-telling". Playing up violence is prohibited, in theory.

But to attract adult audiences, makers of film and TV entertainment often like to push the boundaries of what the Communist Party regards as good taste. And even the prudish standards of the censors are sometimes flexible enough to allow content that might shock children, who are just as impressionable in China as anywhere else. In apparent response to demand from anxious parents, a handful of cinemas in the far western province of Xinjiang introduced their own unofficial ratings in 2014.

Censors' shockability has varied over time. The first Communist-era on-screen kiss was a peck on the cheek in "Romance on Lushan Mountain" in 1980, the year that Richard Gere appeared naked in "American Gigolo", among the first Hollywood films to feature full-frontal male nudity. China has relaxed a bit since: for a while, one film fan had a blog called "Research Centre for Nipples in Chinese Films".

However, prudishness has revived in recent years. The nude scene in "Titanic", a Hollywood film, was screened intact in China in 1998, for example, but removed from the 3D version released in 2012. Heaving bosoms have been blacklisted too: in the past year two popular TV dramas have been forced to re-edit shots that include plunging necklines and to zoom in on the actresses' faces instead (movies involving such filming techniques are referred to scathingly as "big-head" ones). Online streaming sites, which previously had often succeeded in escaping the censors' attention, are coming under closer scrutiny.

Moral strictures are not applied equally. Regulators warn against "displaying excessive drinking, smoking and other bad habits", for example, yet smoking is routine on Chinese screens. One blockbuster released in 2015, "Gone with the Bullets", had to delay its premiere, probably because it had to adjust some of its sexually suggestive content. But it featured 45 smoking scenes—around one every three minutes.

Censors more often pounce if the context is not related to China's military heroism. A Japanese anime film, "Attack on Titan", was pulled from the Shanghai film festival in June, probably because of its violent content. A children's cartoon, "Pleasant Goat and the Big, Big Wolf", a Chinese "Tom and Jerry", was criticised by state media in 2013 for its "vulgar" language and violent images; they said that the wolf was assaulted with a frying pan over 9,500 times in his attempt to bring a sheep home for his wife to cook. There were no apparent objections to the gender stereotypes.

0 responses on "Chinese want watershed for films and TV shows"