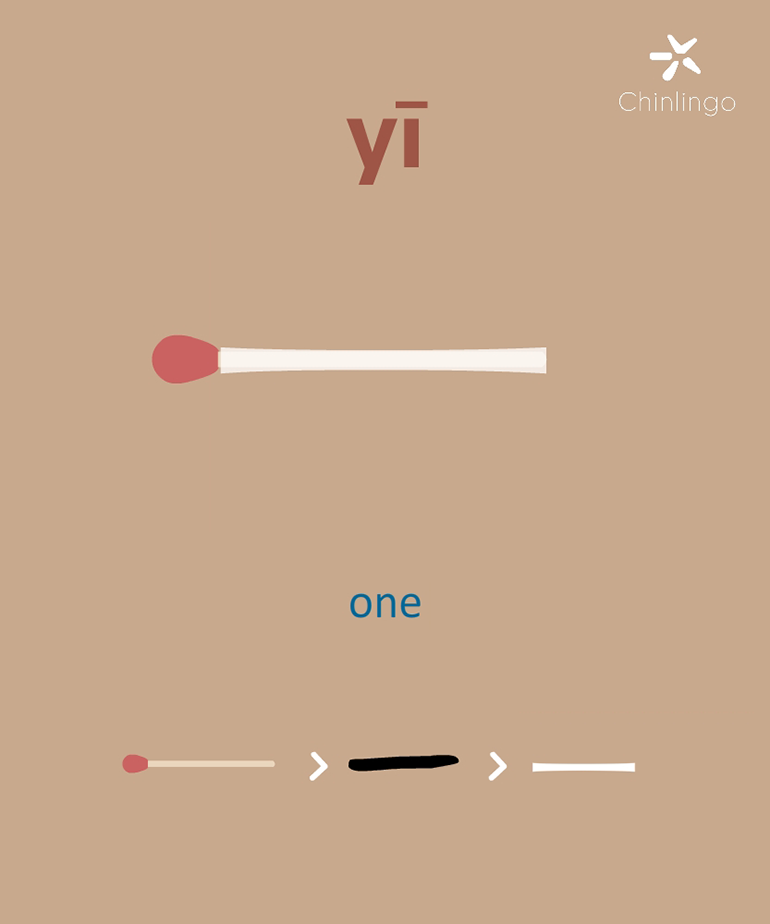 "一" has only one horizontal stroke but is provided with two functions.

[Function 2] A radical of other more complicated characters. For example, "旦" (dàn), meaning "a certain day", consists of "一"and "日". 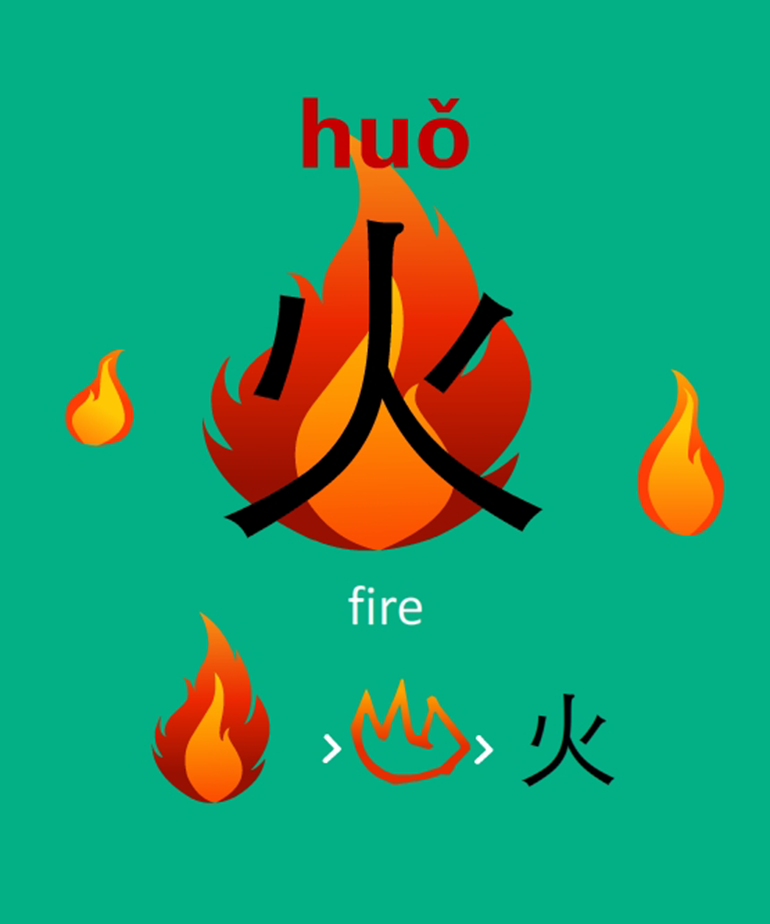 Imagine the burning flame in your fireplace. Then look at the character "火" (huǒ) in the Oracle Bone Script. I think you are smart enough to find that the ancient Chinese created the character based on the flame's outline.

"火" can also be used as an adjective, meaning "urgent". For example, "火速" is used in Chinese to mean "extremely fast", and "十万火急" (shí wàn huǒ jí) is used to describe an extreme emergency case. "十万" (shí wàn) means "very" or "extremely".

"火" is a single character and can also be used as a radical. Compound characters made with it are all related to "burning". For example, the pictophonetic character "灯" (dēnɡ) means "light" in English. Ancient Chinese people used fire for light. Another pictophonetic character "炒" (chǎo) means "stir-fry". So far, Chinese people still cook with fire. "炸" (zhá), which means "fry", is also one of the Chinese cooking techniques, with which oil is heated with strong fire first and then food is cooked in the oil.