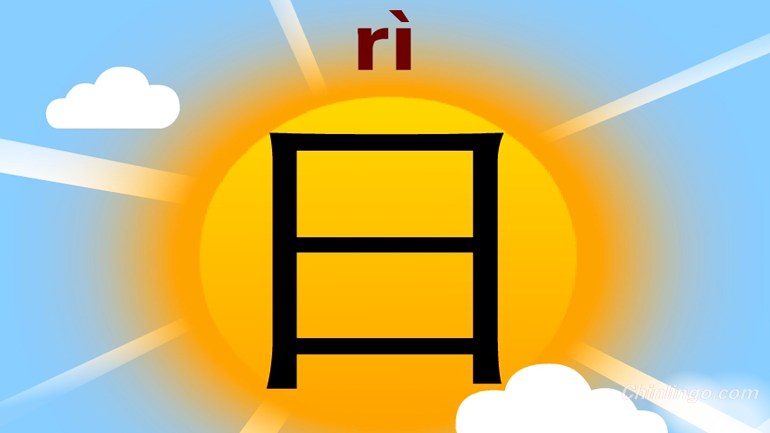 One of the most important lessons we can learn from research into learning anything, including languages, is that understanding aids memory tremendously. Trying to commit something meaningless to memory is very hard, but if you can connect it to something you already know, make it meaningful in other words, remembering becomes a lot easier.

Chinese characters have a lot of meaningful information carried in them already, but it might not be immediately obvious to beginners how this information is structured and how to access it.

There are four main types of characters in Chinese and knowing how these work will help you understand characters and therefore also make your learning a lot smoother. In this article, we will look at simple ideograms.

Some things are easy to describe using pictures, mostly concrete objects like a mountain, the sun or a tree.

Some things, however, are harder to draw. How would you draw a root? How would you draw the end of something? What about up and down? In the last case, you might be tempted to use arrows, but the only reason that works is that we have already agreed that that is the way we describe directions.

Simple ideographs are iconic representations. The easiest way to explain is to show a few examples. First, let's look at the concepts asked about above.

A root can be drawn by first drawing a tree 木 and then using an additional stroke indicating that it the root-part of the tree we're after, giving rise to the character 本 (běn) "root, origin".

The end of something can also be drawn using a tree, but this time indicating the top or tip of the tree, again with an additional stroke, giving rise to the character 末 (mò) "end, tip".

Up and down are slightly more abstract, but we first draw a line and then show whether something is either above or below that line by adding a dot. Later, the dot was joined with the horizontal line, forming the characters 上 (shàng) "up" and 下 (xià) "down".

These characters are actually quite rare, but they are much easier to remember if you know how they were formed. For instance, even though 本, 木 and 末 are visually very similar and might be easily confused by beginners, after knowing how they were created, it should be easy to remember which is which. Don't forget to!