What makes you one of the “啃老族”? 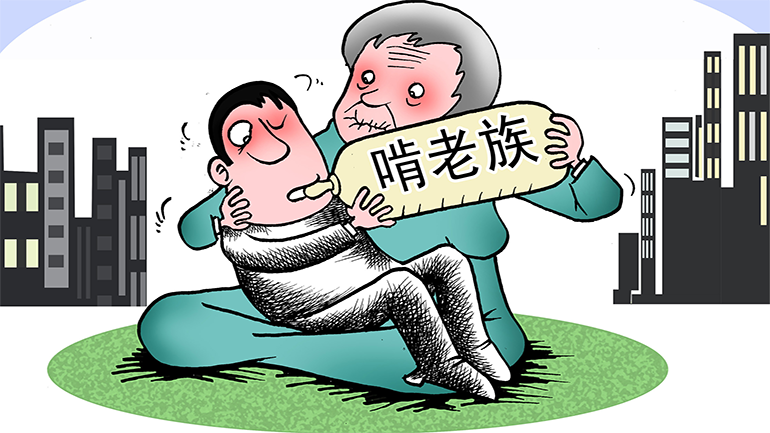 啃老族 (kěn lǎo zú) (NEET, abbreviation for Not in Employment, Education or Training), refers to those young people who are adults with working abilities but still live off their parents. They are also called 吃老族 (chī lǎo zú) or 傍老族 (bàng lǎo zú).The character 老 (lǎo) in the phrase stands for old people, namely the parents' income and savings or their parents' money. The two characters 啃 (kěn) and 老 (lǎo) mean that those young people eat into their parents' income and savings or spend their parents' money; the character 族 (zú) stands for a large number of people. The NEET are mostly only sons or daughters who are unemployed and have no incomes or whose salaries cannot make ends meet. Rushing Clan, different from the NEET, is another group of young people who are striving to be successful in their careers.

Zhang Liang graduated from a university in 1997 and got married in 2001. Since they married, he and his wife have become NEETs and have used up a considerable amount of their parents' money. So far, the couple has extracted 300,000 yuan from their parents for a car and an apartment, but this does not include expense the parents have paid out for the baby's care and feeding.

An investigation indicates that about 70% of the unemployed young people in our country now live off their parents, thus becoming NEETs.

In Japan, more and more young people have joined in the NEET group who neither go to college nor go to work.

The boomerang child phenomenon has become a social problem on a nationwide scale.