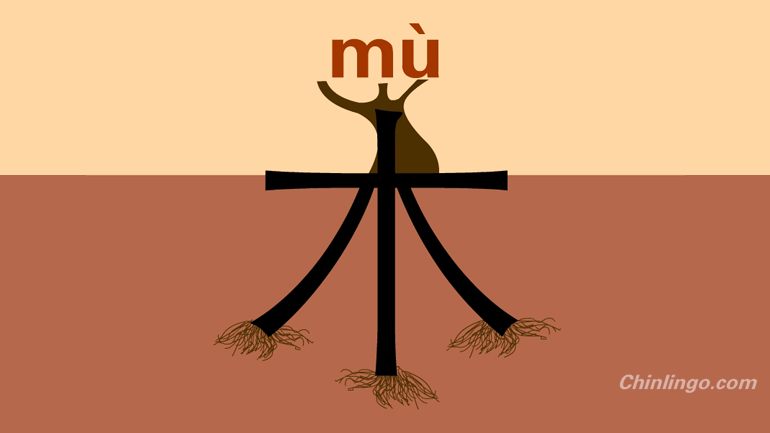 A common misconception about Chinese characters is that they are pictures. I have met many people who don't study Chinese who think that the writing system works much like rebuses where pictures represent concepts and meaning is communicated by listing many such pictures next to each other.

This is partly correct, there are a number of Chinese characters that are actually drawn from just looking at the world; these are called pictographs.

The reason I say that it's a misconception is that these characters make up a very small portion of the total number of characters.

Since they are so basic and easy to understand, some teachers give their students the false impression that this is the way characters are normally formed, which is not true. This makes Chinese feel much easier, but any learning or teaching method built on this will be limited.

Still, it is important to know how pictographs work because they are the most basic kind of Chinese character and they appear frequently in compounds.

Learning pictographs is relatively easy if you know what they represent.

Drawing a picture of reality

Pictographs were originally pictures of phenomena in the natural world. Over the centuries, some of these pictures have morphed beyond recognition, but some are still clear. Here are some examples:

While it might be hard to guess what these characters mean the first time you see them, it's relatively easy to recognise the drawn objects once you know which they are. This makes them easier to remember as well.

The importance of knowing pictographs

Even though it's true that a only a small proportion of Chinese characters are pictographs, that doesn't mean that they aren't important. First, they represent some very basic concepts that students need to learn early on. They aren't necessarily the most common characters (those are usually grammatical in nature), but they are still common.

Second, and more importantly, pictographs are very common as components of other characters.

If you want to learn to read and write Chinese, you have to break characters down and understand both the structure and the components themselves.

Just to give you a few examples, the character 口 (kǒu) "mouth" appears in hundreds of characters related to speaking or sounds of different kinds! Not knowing what this character means would make learning all those characters much harder. Likewise, the character 木 (mù) "tree" above is used in characters that represent plants and trees, so if you see this character in a compound next to (usually to the left) of a character you have never seen before, you can be reasonably sure that it's a plant of some sort.

To get a more complete picture of how Chinese characters work, though, pictographs aren't enough, you need to understand how they are combined in different ways which will be introduced in the following articles.

0 responses on "Pictographs in Chinese characters"