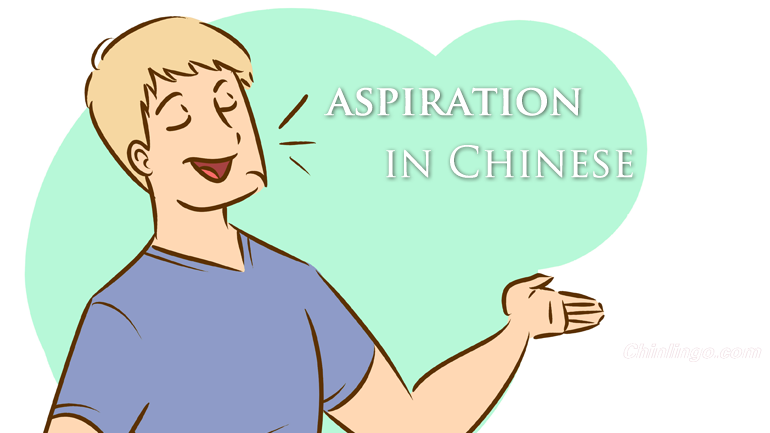 One of the trickier parts of learning a new language is to adjust your perception and pronunciation of sounds that have similar counterparts in your native language. In a way, learning completely new sounds is not all that difficult, because you start from scratch, free from interference from other languages you have learnt.

When talking about pronunciation of a foreign language, it's useful to talk about features. A feature is one aspect of a speech sound that makes it significantly different from another. For instance, you are probably already familiar with voicing in English (the difference between "z" and "s" for instance). As it happens, voicing isn't very improtant in Mandarin, but another feature called aspiration is.

What is aspiration? It means that the consonant is pronounced with an audible puff of air directly after it. This is common in English as well in words such as "pin" (a voiceless stop followed by a vowel at the beginning of a word), but it's not a distinguishing feature like it is in Mandarin.

When you pronounce the aspirated consonants, you should be able to feel the puff of air if you hold your hand about five centimetres from your mouth. Alternatively, you can hold a sheet of paper at roughly the same distance and see if moves or not.

Chinese has very few syllables as it is, so if you fail to distinguish between aspirated and non-aspirated sounds, it will be very hard to understand the spoken language and native speakers will find it hard to understand you. It would be a little bit like someone pronouncing "ban" and "pan" or "cheap" and "sheep" the same way in English.

With enough context, communication is still possible, but each error increases the difficulty.

Verifying that your aspiration is good

The first basic step is to use the paper/hand trick described above. Once you can do that comfortably, you can go ahead and do a blind test with a native speaker. Just write down a jumble of the above letters (or words starting with those letters in Mandarin), then read them out aloud and ask your friend to write down what you're saying. If he or she gets it right, you can be fairly confident that your aspiration is okay.

Naturally, fine-tuning takes longer and requires more effort, but making the difference between the two clear from the beginning is still a very good first step. Then, when you use Chinese more and more, you can gradually make the difference slightly smaller based on what you hear native speakers do.

0 responses on "Aspiration in learning Chinese"