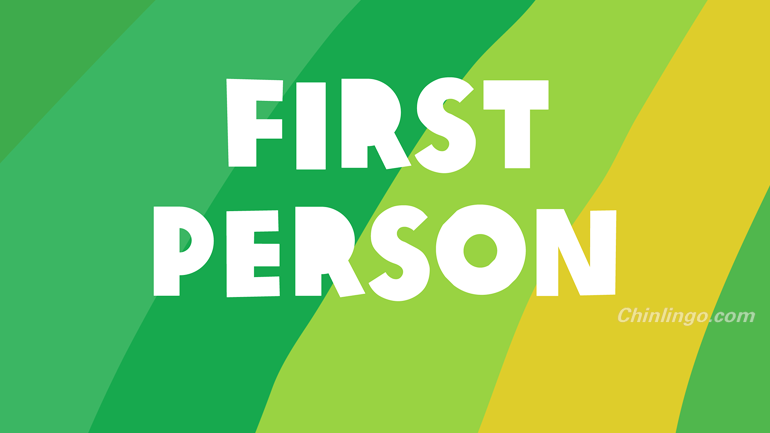 First-person pronouns are a bit of a minefield in Classical Chinese. If they're used at all, there's a large range of options which may or may not have different meanings. Add to that the fact that their usage changed between different eras, and it can all get a bit tricky.

This is a quick list of common first-pronouns in Literary Chinese to point you in the right direction.

Categorising these pronouns as 'singular' is slightly misleading, as they can often be plural as well.

This one is common throughout Classical Chinese literature and is also seen frequently in modern Chinese.

In works written before the Han dynasty (such the Analects and other Confucian texts), 吾 is used strictly as a subject pronoun ('I', 'we' etc.) Later on it is used more generally.

吾日三省吾身: 'I check myself daily for three things.'

This is also common, and has survived into the modern Chinese languages. As with 吾, it had a more specific use in pre-Han writing. Originally 我 was only used as an object pronoun ('me', 'us'), but developed into a general purpose first-person pronoun.

A slightly less common pronoun, 余 crops up now and again in the subject or object position. It is among the oldest Chinese characters and can be found used in this way on oracle bone inscriptions.

洚水警余: 'The flooding waters warned me.'

Characters that are written or pronounced in a similar way often end up becoming interchangeable in Classical Chinese. This is likely the case here, where 余 and 予 came to be pretty much the same.

天生德于予: 'Heaven produced the virtue within me.'

This is used by emperors and such like to refer to themselves, much like the royal 'we' in English.

朕躬有罪，无以万方: 'If I have committed sin, then do not attribute it to the people of the myriad regions.'

This is also used by emperors and royalty to refer to themselves, but is a modest, self-deprecating way to do so.

寡人之民不加多: 'The population of my [humble] kingdom does not increase.'

These are fairly uncommon, as usually one of the words above can be used for plural. If the writer really wants to specify the plural though, one of these might be used.

This reads a bit like 'me etc.' in Modern Chinese, but is simply a first-person plural pronoun in the Classical language.

吾等为王养士: 'We raise warriors for the king.'

Another generic first-person plural. This one uses 侪 to indicate plural, indicating something like 'our group' or 'our company of people'.

Similar to 我侪 above, this one uses 辈 to indicate plural, giving a wider sense of 'we people'.

我辈无义之人: 'Those among us who have no righteousness'

This is where a lot of pronouns come from. It's common in the Literary language for people to refer to themselves by their status to the listener. Here are some common examples.

This means 'minister' or 'official' and is used by people talking to their ruler. In these cases it could be translated as 'I' or 'I, your subject'.

臣鄙人也: 'Your subject is but a humble servant.'

Literally this is 'concubine', but is generally used by women to refer to themselves when speaking to men (remember this is from 2000 years ago in a patriarchal society).

贱妾亦何为: 'Then what am I to do?'or 'Then what is your lowly servant to do?'

This is used by lowly people without any rank when in the presence of someone important. Again, it has connotations of servitude.

This one means 'younger brother' and is often used in that sense. It is also used between close acquaintances.

In Confucian texts, the term 小人 is used to refer to 'petty people' or 'villains' – those of low moral substance, in contrast to the esteemed 君子 'gentleman'. Later it came to be used as a modest first person pronoun.

小人比而不周: 'The petty man seeks to divide, and is not inclusive.'

小人贫苦无家室: 'I am poverty-stricken and homeless.'

– Romance of the Three Kingdoms