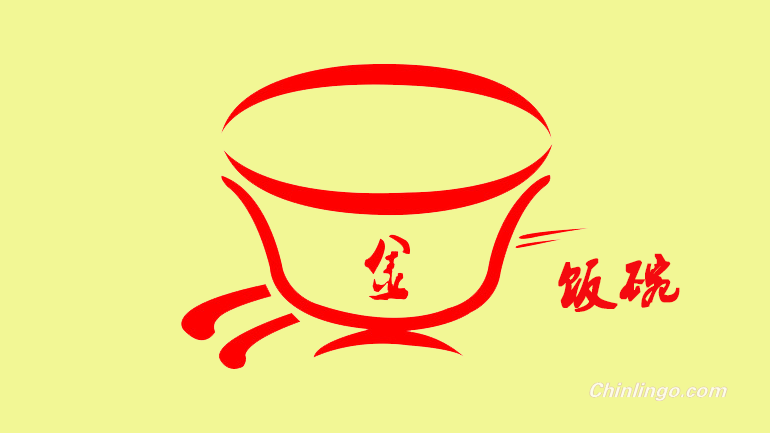 Xiao Lin's younger sister Huihui graduated from a prestigious university two years ago. She had worked in a state-owned sector, but recently she quit. Simon is told that jobs in state-run enterprises are coveted in China; hundreds of thousands of students dream to get such a job. When Simon came across her, he couldn't help himself from asking the reason why she quit.

I heard you changed your job?

Yeah, I am working in a private enterprise now.

You quit the "Iron Rice Bowl".

Because what I want is a "Gold Rice Bowl".

In the first sentence, "跳槽" (tiào cáo) literally means change or switch troughs. Today, it generally means "to move from one job to another" or "switch job professions", similar to "jumping ship". Huihui admitted she now works for a private company.

Simon expresses that he is surprised that she gave up a job which is considered as "铁饭碗" (tiě fàn wǎn, an Iron Rice Bowl). An "Iron Rice Bowl" is a Chinese expression referring to a job with guaranteed lifetime employment in state-run enterprise or public sector.

China's transition from a centrally-planned economy to a market economy has smashed the old guarantees, so many employees choose to switch jobs and find higher positions in private companies with better pay. So here, Huihui says she needs a "金饭碗" (jīn fàn wǎn), which is a twist on this metaphor. It refers to a better job.

0 responses on "饭碗: more than a container serving food"