How to write P.S. in a Chinese letter 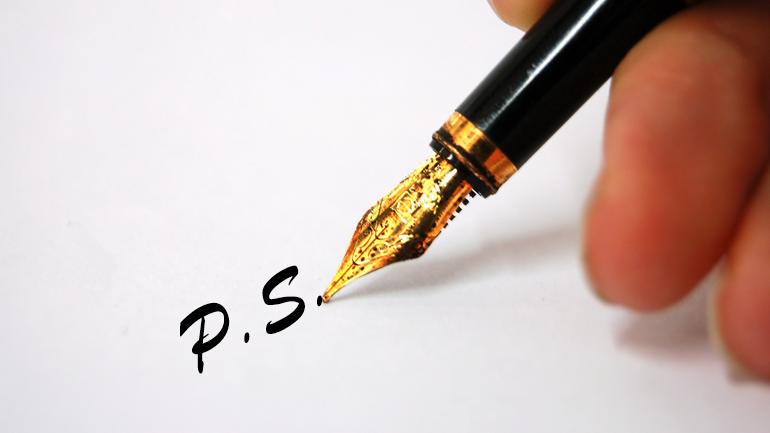 If you look up "P.S." on nciku or do a Google search for "P.S. in Chinese", it's not immediately clear how to actually write a P.S. note at the end of a letter in Chinese.

It's pretty simple, and there are two ways to do it. Note that in Chinese letters, you can stick the P.S. anywhere on the page, although the lower-left corner is normal as in English letters.

The quickest way is just to write 另：and then your extra message.

Alternatively, you can use 又及. Brownie points to MDBG for having this listed under "P.S.". Nciku hints at it in an example sentence but doesn't give a full explanation.

Here are a few Chinese words for postscripts themselves, such as:

These words are more usually used for describing postscripts though, not for introducing them.

0 responses on "How to write P.S. in a Chinese letter"