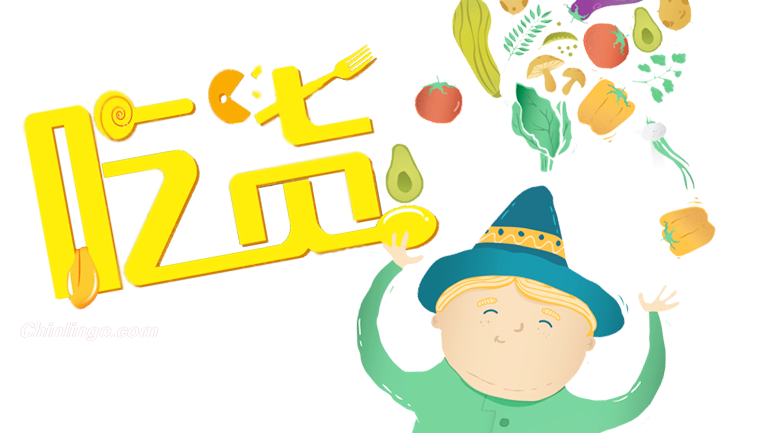 "吃货 (chī huò, foodie)", in Chinese, refers to those people who are fond of eating and able to eat a lot. Normally it is a neutral word, but it can be a derogatory term depending on different situations.

Nowadays this Chinese buzzword "吃货 (chī huò, foodie)" has several different meanings due to the local history, culture and dialect. "吃货 (chī huò)" is not really a product of the Internet culture, but it got widely spread and shared by everyone because of the Internet.

The popularity of Weibo in recent years has made the word "吃货 (chī huò)" spread widely among food lovers who use it to distinguish themselves and others. In 2012, "吃货 (chī huò)" has been frequently used in the CCTV-9 released documentary 'A Bite of China'. In general, those who are crazy and picky about food use "吃货 (chī huò)" to denominate themselves, and this word is much more often used than another common word "吃客 (chī kè)".

"吃货 (chī huò)" can be a joking title for food lovers to be called amongst themselves. Rather than just meet the physiological need, they will comment a lot on the food they eat. "吃货 (chī huò)" can satisfy themselves in street food stalls, and enjoy the food served in Michelin restaurants as well.

"吃货 (chī huò, foodies)" often eat a lot, and, they prefer refined food. Unlike the professional gastronomes, "吃货 (chī huò)" always follow their passion when it comes to eating. They don't mind having street food either, as long as it tastes good..

Here is a list of the things you need to call yourself a foodie "吃货 (chī huò)":

Must understand food – Knows how to eat

Must be a food lover

Seeks for food from time to time

Always has food on his mind

A foodie is never completely full.