Are there “kids’ slaves” around you? 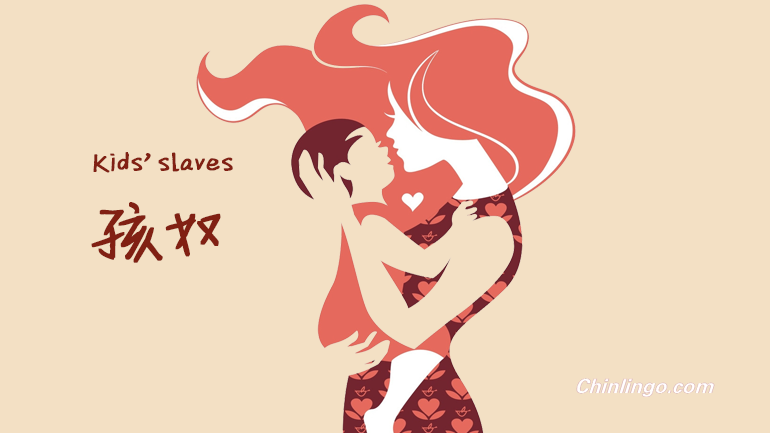 Nowadays in China, with the development of the society, many new words pop up. After 房奴 (fáng nú), which means "house slaves", comes another similar word "孩奴 (hái nú)". The new word represents a group of people in China, mostly parents, who spare no effort to earn money for their children at the expense of their own values and lives. The emergence of "孩奴 (hái nú)", to some extent, is a result of the growing cost of raising a child.

奴(nú) means "slave" in English. When we put another word before it, the word means "a slave for …" The word first came as the name of a hot Chinese TV drama called 《孩奴》, which was led by actors Sha Yi, Hu Ke, Wang Yinan, etc. This TV drama depicts the lives of four mothers. The drama shows that for the future of their kids, parents would do everything to survive the real world despite bitterness, anger, helplessness, etc. This drama can also serve as a good resource for foreigners to learn Chinese.

So, what is the life of a 孩奴 like in China? No matter what they buy, they always choose the most expensive one. For example, they might even buy a baby wear at a price of several hundred of RMB. Many parents in China, especially mothers, excessively fuss over their children. And it is grandparents who spoil their grandchildren most. Often you can see an old man or woman stand on a bus, wearing a schoolbag on their back with a little child sitting on the seat. It is crazy that many parents have arranged the best school for their children before they are born, they even might buy an expensive house near the school in order to create a good learning environment for the potential academic talents.

In China, most of the "kids' slaves" are the post 1980s because of the special era they were born in China. This group of young people face great pressure of finding jobs, getting married, buying houses and now the pressure of raising their kids.

0 responses on "Are there "kids' slaves" around you?"